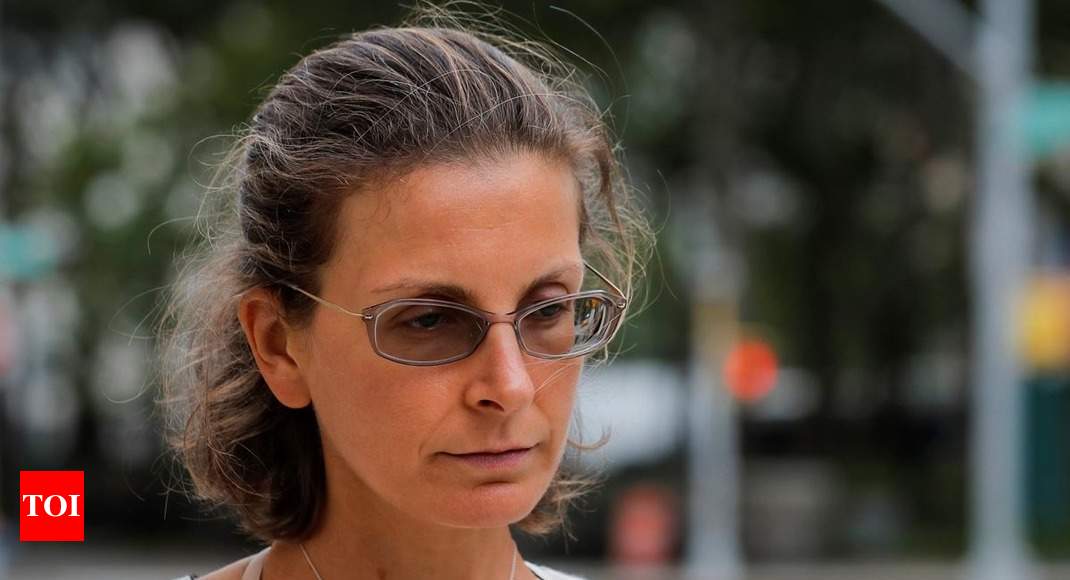 NEW YORK: An heiress to the Seagram‘s liquor fortune and three other people were arrested on Tuesday in connection with the investigation of a selfimprovement organisation accused of branding some of its female followers and forcing them into unwanted sex.

Clare Bronfman, 39, daughter of the late former Seagram chairman Edgar Bronfman Sr, surrendered to the FBI and pleaded not guilty to racketeering charges. She was freed from custody following a court appearance where she pledged to post a $100 million bond to ensure her return to court.

US district judge Nicholas Garaufis set the high amount after hearing prosecutors label her a flight risk and learning she has a net worth of roughly $200 million, including a stake in an island resort in Fiji.

Bronfman didn’t comment as she left a federal courthouse in Brooklyn. She was to remain under house arrest following her release.

Bronfman is accused in an indictment of helping NXIVM founder and leader, Keith Raniere, exercise control over group members, including identity theft, interception of electronic communications and money laundering. She was part of an “inner circle” of loyalists who “committed crimes like identity theft and obstruction of justice to sex trafficking, to promote and protect Raniere and NXIVM,” US attorney Richard Donoghue said.

Also, arrested on Tuesday were Nancy Salzman, who was the organisation’s longtime president; her daughter, Lauren Salzman; and a former bookkeeper Kathy Russell. All three were released on bail.

Despite criticism by ex-followers who called NXIVM a cult and a pyramid scheme, its self-improvement classes had earned it thousands of adherents, including some with Hollywood ties. They included “Battlestar Galactica” actress Nicki Clyne; Bronfman’s sister Sara Bronfman; a son of former Mexican president Carlos Salinas de Gortari; and India Oxenberg, daughter of “Dynasty” actress Catherine Oxenberg.