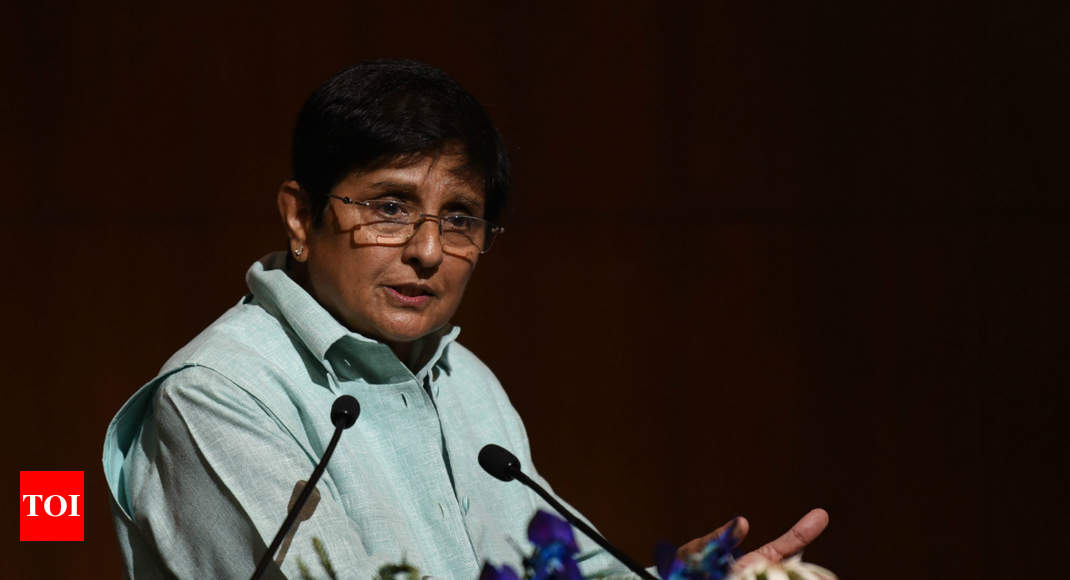 NEW DELHI: A day after the Supreme Court ruled in favour of Delhi government in latter’s tussle with the Centre, LG Kiran Bedi on Wednesday said that the SC’s verdict cannot be implemented for Puducherry as both the union territories are governed by separate articles of the Constitution of India.

“Puducherry cannot be compared to Delhi…Hence, the yesterday’s verdict for Delhi cannot be implemented for Puducherry,” she tweeted in Hindi.

Bedi’s tweet came a day after the top court ruled in favour of the AAP-led government of NCT in its bitter power tussle with the Centre. The top court’s verdict said that the Delhi LG has no independent power to make decisions and is bound by the elected government’s advice.

Bedi’s tweet appears to be implying that unlike in NCT, where the top court ruled in favour of the elected government, in Puducherry LG has an upper hand to govern the UT.

In the past, the Puducherry governor has had a not-so-harmonious relationship with the union territory’s chief minister V Narayanasamy.

In May, the CM had come down heavily on Bedi when he held her responsible for the delay in the implementation of the Congress government’s popular ‘free rice scheme’ in the UT.

A few days later, the chief minister demanded the resignation of Bedi “on moral grounds” as the Union government has lost faith in her, he had said.

Narayanasamy said that the Union government has rejected Bedi’s decision on three occasions while upholding the decisions taken by the cabinet of the Union territory.