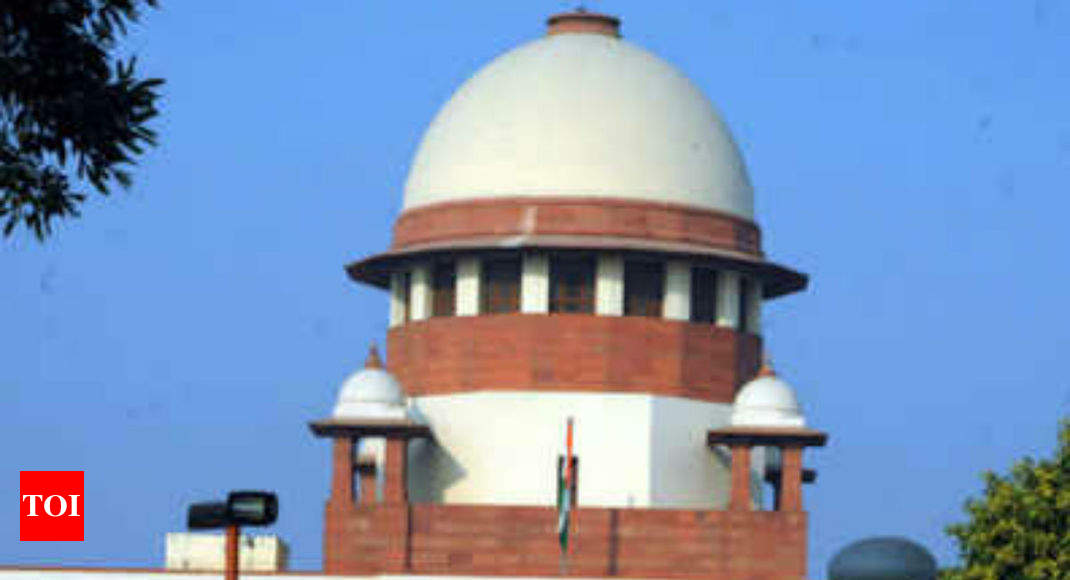 NEW DELHI: Can orphans be treated as a disadvantaged section of society and be given reservation in government jobs and educational institutions? The Supreme Court on Thursday decided to examine the issue and sought a response from Centre and states on measures to be taken to bring them in the national mainstream.

A bench of Justices Ranjan Gogoi and R Banumathi agreed to hear a PIL filed by a law graduate Poulomi Pavini Shukla who alleged that Centre and states over the years had failed to frame any rehabilitation scheme for 2.5 crore orphans who continued to live a miserable life with no one to take care of them. Considering the importance of the issue, the bench immediately issued notice and the petitioner did not have to utter a word.

The orphans are entitled to educational support, scholarships, coaching, reservation in educational institutions and jobs and other opportunities which the Centre is extending to about 70% of all Indian children who are sons and daughters of OBC, Schedule Caste and Schedule Tribe parents. Orphans as a class are as deserving, if not more, of state support as any other socially and educationally deprived class or caste of citizens. They are as entitled to reservation under the Constitution as are children of OBCs, SCs, STs and the third gender,” the petitioner.

The petitioner who has worked extensively for the cause of orphans and written a book ‘Weakest on Earth’ on their plight, contended in her petition that the orphan constituted around two percent of the population but there was a specific scheme for their welfare and rehabilitation, forcing them to live on the margins and making them vulnerable to various kind of exploitations including sexual abuse.

“The state is thus bound to provide adequate measures for nurturing of children with no effective parents or guardians. It has to provide for their survival, for their growth and empowerment and opportunity such that they can compete on an equal footing with children with parents. India, a socialist state, has welfare measures for its socially and economically disadvantaged citizens and therefore it is imperative that effective nurturing of the state should reach its weakest and most helpless citizens, the orphans,” the petition said.

Pointing out Centre’s apathy and neglect towards the orphan, she contended that no survey had so far been conducted by any government authority to find out the exact number of orphans in the country and the condition in they are living their life. Pointing She said that the Centre was relying on the figure of international agencies according to which their number is between 2.5-4 crore.

“Government’s flagship scheme for Child Protection”: ICPS (Integrated Child Protection Scheme), is meant to take care of these 2 crore orphans. However, the coverage of this program is less than 1 lakh children per year in the whole of India since its inception. Total budgetary allocation for the scheme in 2018-19 is Rs 725 crore, which translates to less than Rs 1 per child per day,” the petition said.

As per the study done by international children’s charity most of these children have been abandoned by their parents. The charity estimates that only 0.3 per cent of these orphans are children whose parents have actually died.