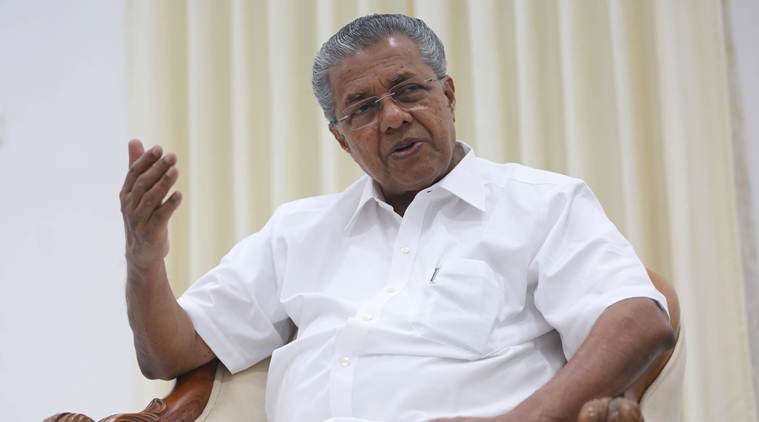 The Supreme Court on Thursday stayed the trial in the SNC Lavalin case until further orders and admitted the CBI to appeal against the discharge of Kerala Chief Minister Pinarayi Vijayan and two others from all criminal and corruption charges.

A Bench of Justices N.V. Ramana and Abdul Nazeer issued notice on the CBI appeal against the discharge of Mr. Vijayan, K. Mohanachandran, former principal secretary, Department of Power; and A. Francis, then joint secretary in the same department, by the Kerala High Court on August 23.

However, it dismissed the discharge petitions of K.G. Rajasekharan Nair, then Member (Accounts) of the Kerala State Electricity Board (KSEB) and Kasthuriranga Iyer, who was Chief Engineer (Generation) in the Board.

The court also sought the response of the investigation agency on pleas made by Mr. Iyer, Mr Nair and R. Sivadasan as to why they were not treated on a par with Mr. Vijayan and the two co-accused who were released from all charges in the case.

“I have a problem with the release of some accused alone,” Additional Solicitor General Tushar Mehta submitted.

“For once, we both [the CBI and the accused] agree,” senior advocates Mukul Rohatgi and R. Basant, appearing for the appellant accused, chimed with the CBI.

‘Case needs to be re-heard’

Mr. Mehta said the High Court had crossed the boundaries of its jurisdiction under Article 227 of the Constitution. “The case needs to be re-heard,” he submitted.

Mr. Rohatgi and Mr. Basant successfully urged the Bench to grant status quo on the trial proceedings while the appeals are pending in the Supreme Court.

“We have not been discharged. Continuation of trial will be detrimental to us now,” Mr. Rohatgi said.

The CBI, in its appeal, said there was “ample material to show the involvement” of Mr. Vijayan in the Lavalin deal.

The CBI said the High Court accused it of adopting a “pick and choose” policy in naming certain persons as accused. But in fact, the CBI countered, it was the court that employed such a policy by discharging certain accused persons while leaving the rest of the charge-sheeted persons to face trial.

“All decisions [in the Lavalin deal) were taken with the knowledge of all the accused persons named in the charge sheet … discharge of the accused may lead to miscarriage of justice and delay the trial,” the CBI petition contended.

“It is a matter of fact that there was ample material to prima facie show conspiracy in the matter, which may have been appreciated at the stage of trial only,” it said.

The CBI asked how the High Court could hold that there was criminal conspiracy on one hand and discharge certain accused persons on the other.

All the accused, except the three discharged, would now face trial for causing a loss of ₹86.25 crore in the KSEB’s contracts with Lavalin, a Canadian entity, for the renovation and modernisation of Pallivasai, Sengulam and Panniar hydroelectric projects in Idukki district of Kerala.

The work was awarded to Lavalin, which was only a consultancy firm, without inviting any tenders for ₹ 243.74 crore. By the time work was completed, the costs had gone up to ₹374.5 crore. Besides, the KSEB failed to execute a binding agreement from Lavalin for a grant of ₹98.3 crore for the construction of the Malabar Cancer Centre. A criminal case was registered on February 12, 2007 and the CBI filed its charge sheet on June 12, 2009.