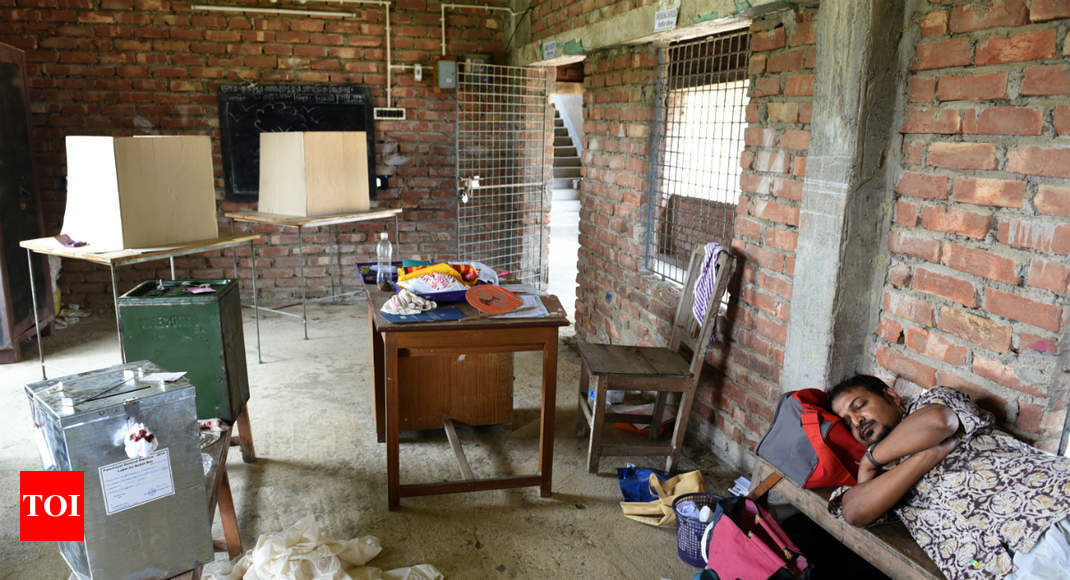 NEW DELHI: The Supreme Court on Tuesday pulled up West Bengal Election Commission (EC) for large number of uncotested seats in the gram panchayat elections held in May and asked the EC to provide an exact statistics about the number of no-contest seats by tomorrow.

The apex court pointed that the number of seats going uncontested is particularly high in Birbhum, Bankura, Murshidabad and Purva Bardhaman. “What is puzzling is that of 48,000-gram Panchayat seats more than 16,000 go uncontested,” the court said.

The court instructed the West Bengal elections commission to provide a statistics about the number of seats that went uncontested in Zilla Panchayat, Panchayat Samiti and gram panchayat elections by Wednesday.

The EC is expected to compute the data on no-contest seats and file an affidavit in SC.

The three-tier West Bengal Panchayat polls were held on May 14 with TMC sweeping the polls by winning over 20,000 seats.

Even before a single vote was cast in the panchayat polls held on May 14, the 2018 panchayat poll already scripted a record as the fate of 34.2% seats in the three-tier rural bodies was decided without a contest. The ruling Trinamool Congress is the only party which has been able to field candidates for all the rural body seats.

Figures released by the State Election Commission revealed that of the 48,650 gram panchayat seats in the state, Trinamool has already bagged 16,814. The fate of 3,059 panchayat samiti seats and 203 zilla parishad seats have also been decided without a contest.

While uncontested victories in rural polls is nothing new in Bengal, the scale this time has eclipsed all previous records, sources said. Election analyst Biswanath Chakraborty argues only twice before, in 2003 and 2013, had the percentage of uncontested seats reached the double-digit mark. The figure was 11% (6,800 setas) In 2003, and 10.66% (6,274 seats) in 2013.