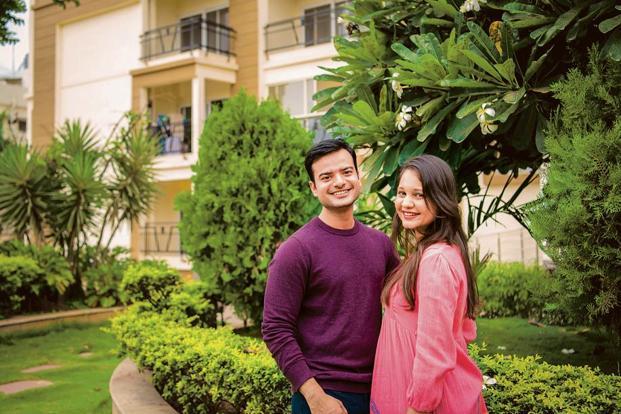 Software professionals Priyanka Karwa and Sumit Thakur live in Bengaluru, but their heart is set on settling down in a quiet place in Himachal Pradesh where they want to build a house and maybe run a restaurant, cafe or homestay. Every chance they get, they are off to explore the mountains in the northern state.

To be able to achieve this target and others, Priyanka and Sumit felt they needed a clear analysis of their current financial situation. “Our earlier savings went into our marriage (February 2017). We started investing again after that, but weren’t sure if we were doing the right thing,” said Priyanka. They approached a financial planner, Piyush Khatri, founder, Sahastha Financial Consultants, with this in mind, but he prompted them to think about other goals as well so that a holistic financial plan could be made. The other goals of Priyanka and Sumit included taking care of their child’s needs, such as education, when they have one.

Before getting to any investments, the couple had to first look at their expenses. A close scrutiny revealed that they were overspending on eating out and shopping. Holiday expenses too were on the higher side.

Their insurance covers needed enhancement. The couple had health insurance from their respective employers but they also bought a family floater policy, and personal accident covers. Priyanka stopped traditional life insurance policies she had and bought a term plan instead. Sumit already had term insurance. They also had an emergency fund to cover 3 months’ expenses, but on their planner’s suggestion, they increased it to cover 6 months’ expenses. “Some is in our bank account and some in debt funds,” said Sumit.

Once the basics were taken care of, it was time to attend to investments. Their risk analysis showed that they could be aggressive in their investing stance. Based on their risk appetite, the goals, the timelines and investing capacity, their portfolio was realigned.

Sumit and Priyanka self-invest—they invest every month on their own, and have not given their banks any standard instructions for mutual fund investments. “We feel we have more control this way,” said Sumit. Priyanka feels it gives them flexibility too. They make sure that at least half of their salaries is invested. “The day our salaries come, that very night we invest where we have to,” said Priyanka. Any bonuses, too, are invested.

The planner helped them balance their portfolio’s asset allocation and increased the debt portion to reduce overall risk. For example, they have been asked to invest in Public Provident Fund. “Our portfolio was about 60% in equity, 20% in mid-cap and 20% in small caps. This is now 55% in equity and 45% in debt (and some in cash),” said Sumit.

With a financial plan, the couple has a clear view of how to reach their aim of being able to move away and build a house in Himachal Pradesh. “This is what drives us,” said Priyanka. They said that knowing what their destination is and how much it will take to reach there keeps them going. Accordingly, they have made the required changes.

For one, they have controlled expenses where they felt such a measure was needed. “I have limited my shopping,” said Priyanka.

Earlier, they used to travel whenever they felt like. “We were spending too much on travelling. So we felt that we needed to plan in advance and not pay the highest amount at the last minute. Now we plan 3-4 months in advance, and save for it,” said Sumit. They have also trimmed their expenses on eating out. “We have controlled that a lot,” said Sumit.

They support each other in their attempts to save more. “We speak to each other to control spending,” said Sumit.

In terms of liabilities, Priyanka has a home loan running, but the couple does not want to pre-pay just yet. “I will let it run as per schedule,” she said. They came to this conclusion after consulting their planner. For themselves, they do not want to buy a house in the near future. The only house they are interested in is the one that they want in Himachal Pradesh.

While the two were investing on their own too and had a few goals in mind, the process was not structured. With a financial plan in place, their goals have been categorised and investments aligned. “We feel relaxed,” said Sumit. According to Priyanka, changing the way they spend has not been difficult because “we know what we are saving and investing for, so it’s fun”.