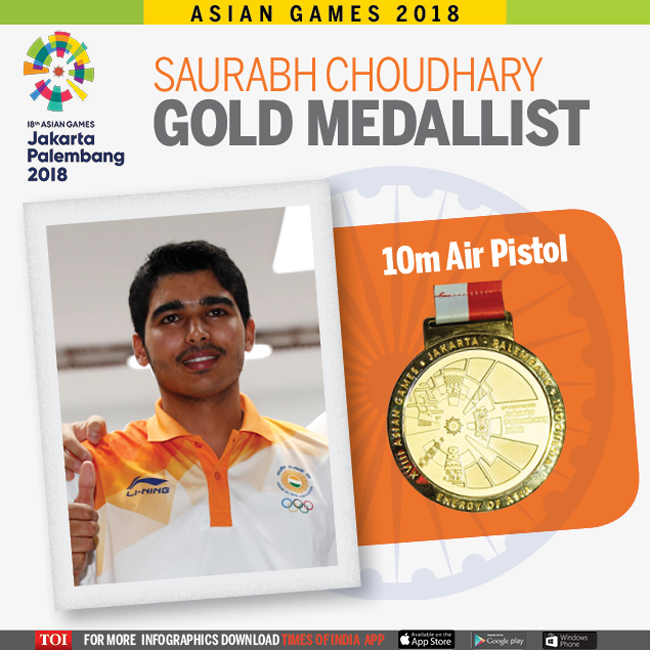 On Tuesday, at the shooting range in Palembang a 16 year old Indian shooter Saurabh Chaudhary won the gold medal on debut at the Asian Games to help India win its third gold medal of the Games in Indonesia.

Incredibly Saurabh took up shooting just 3 years ago in 2015 and he has been making waves in the junior circuit since then. The Asian Games medal on debut has shown his senior career also looks very bright. Saurabh though will continue to participate in junior events. Here’s a closer look at India’s new shooting sensation:

Superb show by young Saurabh !! Many many Congratulations. We must pledge support to these young athletes for a sus… https://t.co/pDqP4peeBk

– Hails from Kalina village in Meerut

– Began shooting at the age of 15 in Meerut

– Topped qualification going into the final

– Will participate in 2018 Youth Olympics in Buenos Aires, Argentina in October