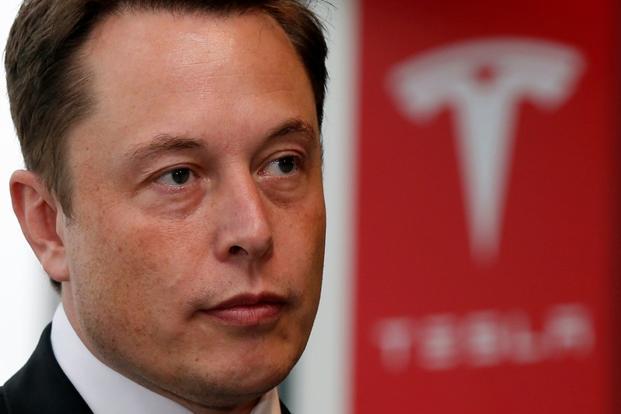 Elon Musk has said he still expects to own about 20% of Tesla after any transaction, and that he hopes all shareholders will remain owners of a private company. Photo: Reuters

Dubai: Saudi Arabia’s sovereign wealth fund is in talks that could see it becoming a significant investor in Tesla as part of Elon Musk’s plan to take the electric car maker private, according to a person with direct knowledge of the fund’s plans. The Public Investment Fund, which has built up a stake just shy of 5% in Tesla in recent months, is exploring how it can be involved in the potential deal, the person said on condition of anonymity. Discussions began before the controversial 7 August tweet by Musk, who is Tesla’s co-founder and chief executive officer, saying he was weighing a plan to take the company private.

The Public Investment Fund sees its investment in Tesla as a strategic way for the world’s biggest crude producer to hedge against oil, the person said. The Saudi fund hasn’t made any firm decisions on whether to increase its stake, or by how much, but talks are ongoing, the person said. It wasn’t immediately clear how much the fund would invest in Tesla.

Musk’s tweet stunned investors, with many raising questions about his claim that funding for the venture had been secured. While the entrepreneur owns 20% of Tesla, more than $60 billion would be needed to buy the business from public shareholders.

Wall Street is awash with speculation on who might team up with Musk to do a deal. Musk and his advisers are seeking a wide pool of investors to back a potential take-private of the automaker to avoid concentrating ownership among a few new large holders, according to people familiar with the matter.

Musk has said he still expects to own about 20% of Tesla after any transaction, and that he hopes all shareholders will remain owners of a private company.

The US Securities and Exchange Commission (SEC), which has been gathering information about Tesla’s public pronouncements on manufacturing goals and sales targets, is intensifying its scrutiny of the company’s public statements in the wake of Musk’s tweet, people familiar with the matter have said.

Reuters reported on 11 August that the PIF has shown no interest so far in financing Musk’s proposed deal. The Saudi wealth fund’s current stake in the company is valued at about $2 billion. The government is planning to turn the PIF into a $2 trillion powerhouse to help diversify the kingdom’s oil-dependent economy.