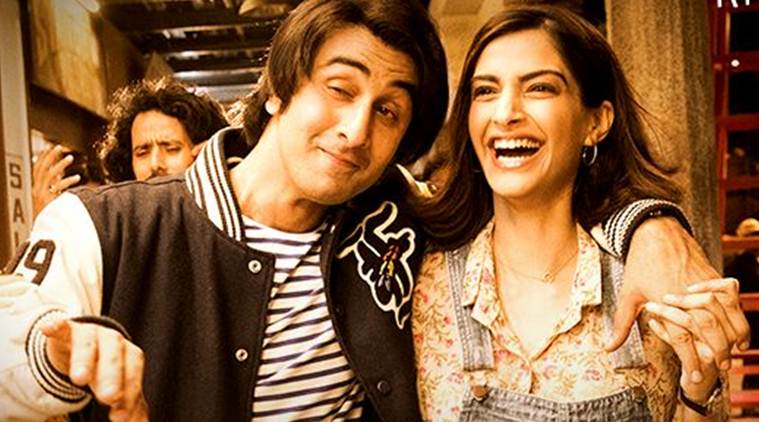 Filmmaker Rajkumar Hirani’s film ‘Sanju’ which is based on the life of Bollywood star Sanjay Dutt is still continuing its impressive run in the fifth week at the box office. The film which stars Ranbir Kapoor in the titular role has managed to collect Rs 3.75 crore in the fifth week and looks like it will end as the fifth highest grossing movie with a total collection of Rs 334.05 crore, according to a report.

Maverick director Rajkumar Hirani ventured into filmmaking in 2003 and since then his films have to get bigger and better. Despite having only four films to his credit, today Hirani is counted as one of the most profitable directors in the Hindi film industry. His four movies – Munna Bhai MBBS, Lage Raho Munna Bhai, 3 Idiots and PK – have pulled the audience in huge numbers and their collections at ticket counters have shattered box office records.

Hirani, whose latest film Sanju has hit the screens, is known for packaging his movies with both commercial and socially relevant elements. His movies are the ones which strike the heartstrings of the masses and the classes alike, courtesy of the universal appeal of his characters.

With no flops written to his name, the industry trade gurus are expecting another blockbuster hit in Sanju. So, here’s revisiting the box office performance of his movies

Back in 2003 when Sanjay Dutt essayed the role of a kind-hearted gangster who could not see tears in the eyes of his parents, the audience could not believe that a gangster saga can be twisted in such a manner too. This is when Rajkumar Hirani gained prominence in the film industry. He showed movie buffs something fresh while sticking to the older formula of a guy-meets-girl story. Also, the friendship of Munna Bhai aka Sanjay Dutt and Circuit aka Arshad Warsi had a lasting impression on us. According to koimoi.com, Munna Bhai MBBS earned Rs 50.5 crore.

The second film in the Munna Bhai franchise, Lage Raho Munnabhai was even a bigger hit. Sanjay Dutt and Vidya Balan’s Gandhigiri received a lot of love from the audience. An affable Munna Bhai and his sidekick Circuit recreated their magic on the silver screen yet again and Hirani became a man of cinematic excellence with the franchise film.

Aamir Khan, R Madhavan, Sharman Joshi and Boman Irani strarrer brought to fore the problem of rote learning in the Indian education system. Hirani structured Aamir’s character of Ranchoddas Chanchad in a way that the audience connected with him instantly. With splendid reviews and a positive word of mouth, the movie was a humongous success at the box office and it minted Rs 202.95 crore. After the film fetched a positive response from cine-buffs and was pronounced as a modern-day classic, Hirani had said, “We have achieved what we wanted to with 3 Idiots.”

Hirani took a big risk in 2014 as he made a commentary on the commercialization of religion in a country like India. The film, headlined by Aamir Khan, Anushka Sharma and Saurabh Shukla, got embroiled in controversies for hurting religious sentiments of people but eventually, the satirical comedy managed to initiate a conversation on several superstitions prevalent in the society. Hirani conveyed an important message through the most simple yet effective story. The film’s performance at the ticket counters was exemplary in the domestic markets and it earned Rs 340.8 crore. Ranbir Kapoor made a special appearance in the movie.