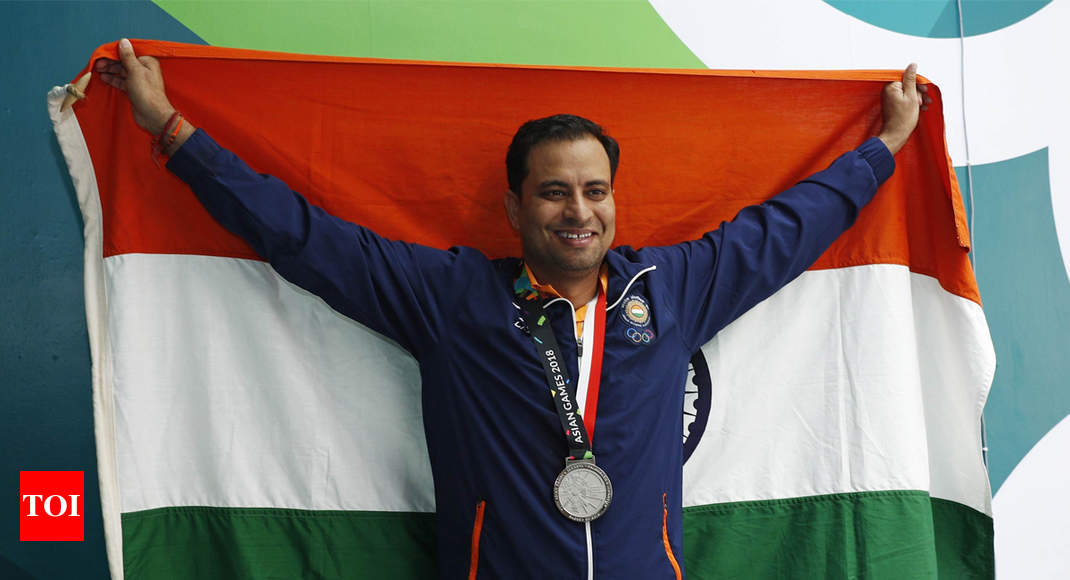 The 37-year-old shot 452.7 to claim the silver medal, while China’s Hui Zicheng notched up the gold medal with a score of 453.3. Japan’s Matsumoto Takayuki bagged the bronze with 441.4.

Rajput dominated the proceedings in the keeling and prone positions. However, an erratic show in the standing round put paid to his hopes of a gold.

He recovered from 7.8 in the third series of the kneeling position to end in the top position with a score of 151.2.

Rajput continued his impressive run in prone, leading from start to finish after consistently shooting 10s. He had a total score of 307.1 after 30 shots.

In the standing position, Rajput led after the first series with a score of 355.6 but his slide coincided with Zicheng raising the bar.

Rajput had won the gold medal at the 50m rifle 3 positions in the Gold Coast Commonwealth Games.

Read this story in Bengali