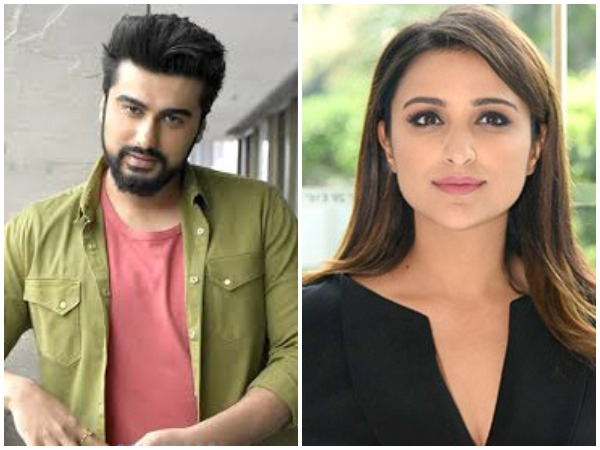 Arjun Kapoor and Parineeti Chopra starrer ‘Sandeep aur Pinky Faraar’ which was slated to release on August 3, 2018, will now release on March 1, 2019.

The story revolves around a man and a woman belonging to two different parts of India. The only thing that keeps them together is their hatred for each other. 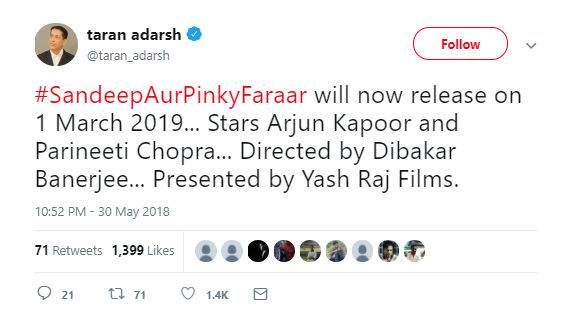 Earlier, the stars revealed their look from the film. Parineeti will be seen in a corporate avatar whereas Arjun will play a 30-year-old police officer from Delhi Police’s special unit.

Also, the duo will be seen together in Vipul Amrutlal Shah’s ‘Namaste England’ after a gap of six years.

Directed by Dibakar Banerjee, the movie will be presented by Yash Raj Films.