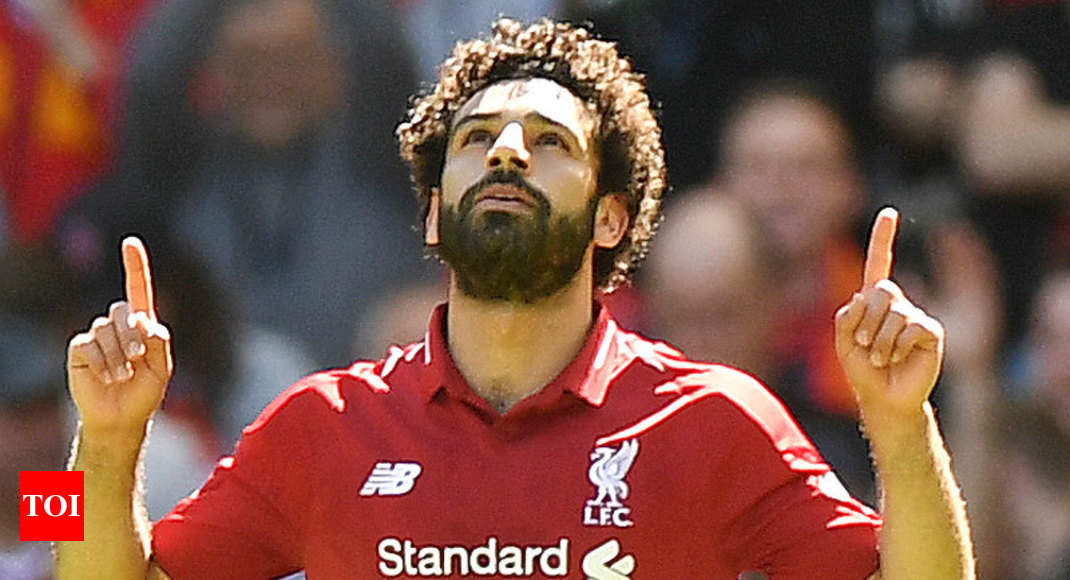 Klopp added the fact the 26-year-old striker — who scored 44 goals in just 52 appearances last season — had signed such a deal reflected his belief the club were on course for a successful era.

Liverpool have been praised for their freeflowing style of football under Klopp, but the fact remains the charismatic German has taken them to three finals in his tenure and fallen short on each occasion.

Salah’s goals, after joining last year from Italian outfit AS Roma for an initial £37 million ($48.7 million), played a large part in Liverpool reaching the Champions League final against Real Madrid.

However, that proved a rare sour note for the player as Salah was slammed to the turf by Real Madrid’s Sergio Ramos, causing a painful separation of his left shoulder.

Salah returned to action for the first time in three weeks against Russia at the World Cup in their group match last month but was a shadow of the player that had dazzled for Liverpool despite scoring against both the Russians and then the Saudi Arabians.

“(The new contract) demonstrates two things very clearly — his belief in Liverpool and our belief in him,” Klopp told the Liverpool website.

“I think this news can be seen for what it is; rewarding a person who performed and contributed greatly for the team and the club last season,” said Klopp.

“We want world-class talent to see they have a home at Anfield where they can fulfil all their professional dreams and ambitions – we are working hard together to achieve this.

“When someone like Mo Salah commits and says this place is my home now, it speaks very loudly I think.

“Equally, our commitment to him says we see his value and want him to grow even more and get even better within our environment.”

Salah’s exploits both for Liverpool and Egypt — in inspiring them to their first World Cup finals since 1990 — brought him several awards including African player of the year.

However, Klopp said the refreshing thing about Salah is that he is a team man through and through which will make progressing and winning trophies easier.

“The key thing to remember is the best thing about Mo is that he never sees himself as being more important than the team or anyone else within it,” said Klopp.

“He recognises his teammates and this club helped him achieve individual success last season. He sees the individual awards come because he is part of something bigger that is special.”

Klopp — who is taking charge of his first day’s pre-season training including Guinean arrival Naby Keita signed last year but under the agreement remained with his German club RB Leipzig — said the club needed to answer their fans demands for continual progress.

“Mo reflects where we are as a team, I think,” said Klopp.

“Last season was special with many special moments — but we want more.

“We want to be more successful and achieve more together – as the supporters sang so loudly, ‘we’re never gonna stop’.

“This has to be the attitude individually and collectively.”

Salah registered the second-highest total of goals in a season in Liverpool’s history, just three behind Ian Rush’s record of 47 and surpassing Roger Hunt’s haul of 42.

Thirty-two of those came in the Premier League, setting a new record in a 38-game season and earning him the Golden Boot.

Salah was named as both the PFA Players’ Player of the Year and the Football Writers’ Association’s Footballer of the Year for his efforts in 2017-18.