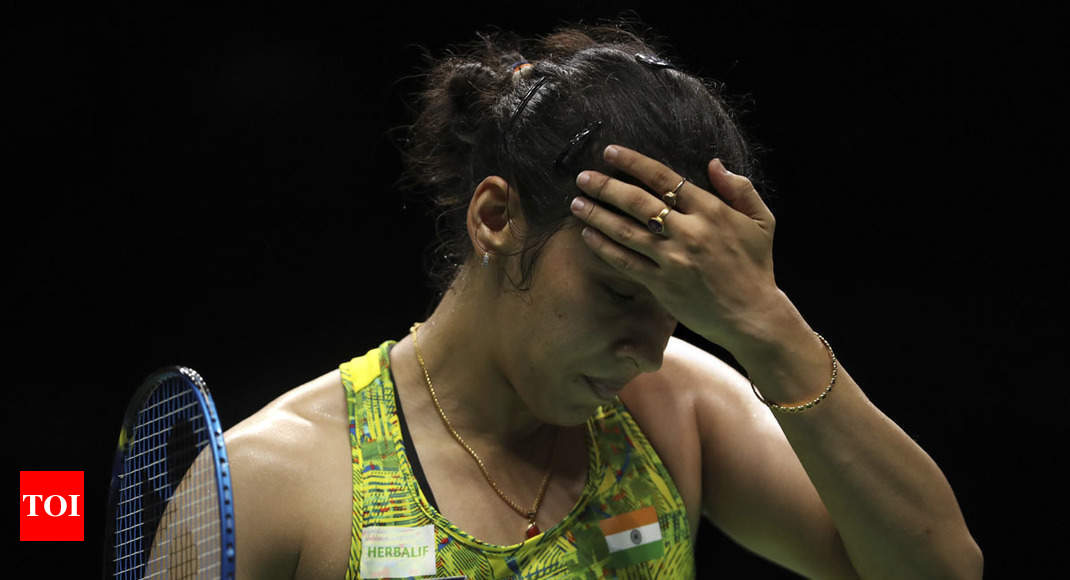 After her loss to Rio Olympics gold medallist and reigning world champion Carolina Marin at the Nanjing World Championships quarter-finals, Saina has slid one rung to the 11th place.

Saina’s compatriot PV Sindhu, who too lost to Marin in the final of the same tournament to take the silver, remained static at the third spot.

In the men’s rankings, Kidambi Srikanth dropped two places to be at the eighth place while HS Prannoy is static at No.11.

On the other hand, Satwiksairaj Rankireddy and Chirag Shetty gained two spots to be at the 23rd place in the men’s doubles while no Indian pair features in the top 20 of the women’s doubles rankings.

Coming to the mixed doubles pairs, Indian duo comprising Pranaav Jerry Chopra and N. Sikki Reddy also lost a couple of spots and are now at the 24th place.