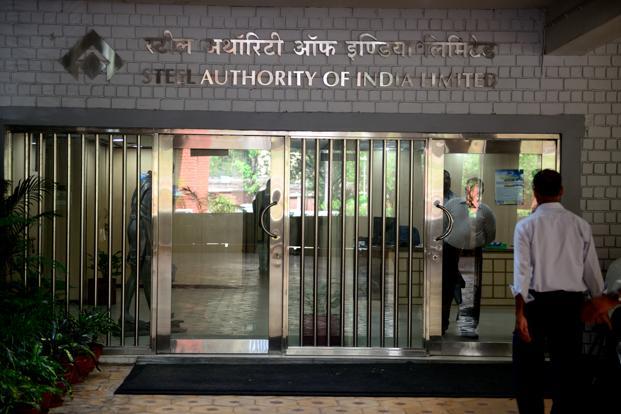 SAIL corporate office in Delhi. Shares of SAIL on Friday ended 1.13% down at ₹79.05 apiece on BSE. Photo: Mint.

The company had posted a standalone net loss of ₹801.38 crore in the corresponding quarter of the preceding fiscal, Steel Authority of India Ltd (SAIL) said in a regulatory filing.

“Operational performance of the company has recorded improvement over the past many quarters and this trend is likely to continue.

SAIL has taken several new initiatives which will help the company in improving its physical and financial performance,” SAIL chairman Saraswati Prasad said in a statement.

During the June quarter, its saleable steel production was at 3.61 million tonnes (MT), up 13% over the same period a year ago, SAIL said.