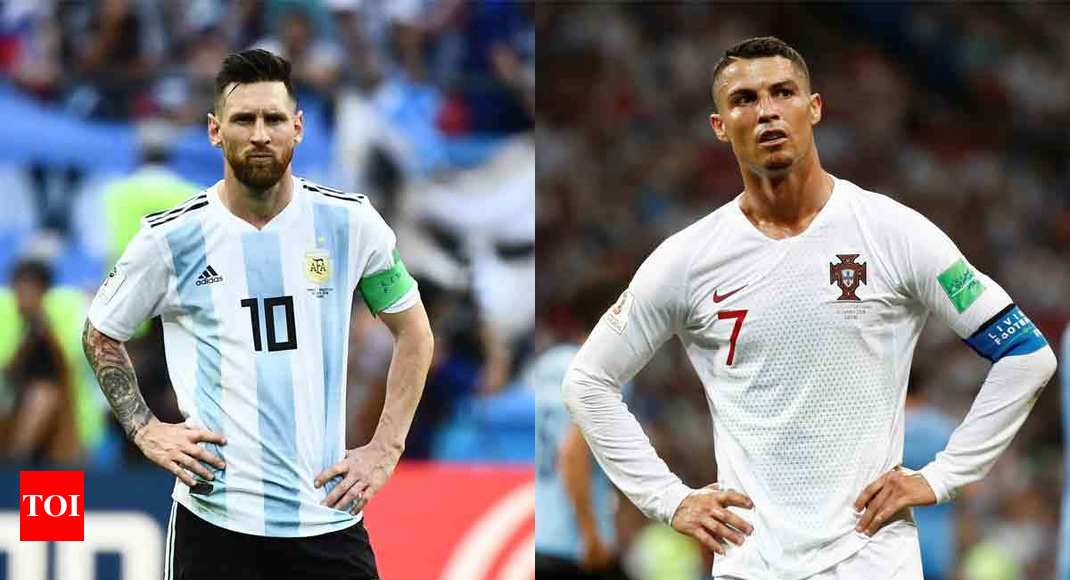 MOSCOW: Russia are hoping for a World Cup miracle on Sunday as the host nation take on 2010 winners Spain for a place in the quarter-finals after Cristiano Ronaldo and Lionel Messi exited the tournament.

The other last-16 match pits a talented Croatia team led by Luka Modric that had a perfect record in the group phase against Denmark, but they will have to go some to emulate the drama of Saturday’s first two last-16 matches.

France beat Messi’s Argentina 4-3 in a World Cup classic as 19-year-old Kylian Mbappe announced himself on the biggest stage with a superb two-goal performance and Les Bleus came from behind to send the 2014 finalists packing.

Mbappe became the first teenager to score twice in a World Cup match since a 17-year-old Pele in the 1958 final. The Brazilian legend tweeted to the Frenchman: “Congratulations, @KMbappe, 2 goals in a World Cup so young puts you in great company.”

Messi though was unable to find the net, leaving Russia with a single goal, and at 31 the Barcelona great has probably seen any chance of winning the World Cup evaporate.

Later in Sochi, Ronaldo — who started the World Cup with a hat-trick against Spain — was powerless to prevent Portugal slipping out of the tournament as Edinson Cavani scored two brilliant goals in a 2-1 win to send the European champions home.

Cavani, who lines up alongside Mbappe at Paris Saint-Germain, opened the scoring with a leaping header and curled a superb first-time shot past Rui Patricio to win the match after Pepe had equalised.

Although the Uruguayan striker limped off, he later said it was only a knock and he expects to be back to face France in the quarter-finals.

Ronaldo will be 37 by the time of the next World Cup in Qatar, but he would not be drawn on whether he planned to extend his international career.

“Now is not the time to talk about the future of players and coaches,” said Ronaldo, who, like Messi, leaves the World Cup having never scored a goal in the knockout rounds.

Russia came into the tournament derided by their own supporters after a string of defeats in warmup matches but they thrashed Saudi Arabia 5-0 in their opener and then swept aside Egypt 3-1, making even their own sceptical public believe.

A comprehensive defeat to Uruguay provided a reality check but Russia and striker Denis Cheryshev will be roared on by much of the 80,000 crowd in the Luzhniki Stadium in Moscow and they see no reason to fear Andres Iniesta, Isco and Diego Costa.

“I think that we can win against anybody, we can always win and that’s what we need to believe, just think about victory,” Cheryshev said.

Spain midfielder David Silva said his side will be treating the match “as if we were playing against Brazil.”

Spain have a terrible record against host nations at major finals — they have never won in eight attempts and coach Fernando Hierro played when minnows South Korea knocked out his Spain team on penalties in 2002.

“Statistics are made to be broken,” Hierro said. “Why are we always looking backwards? We’ve had three games here but we’re going to look at what happened 10 or 15 years ago? It’s about what happens at 5:00 pm tomorrow.”

Denmark coach Age Hareide said his side’s match against Croatia could boil down to who comes out on top in the midfield battle between Tottenham powerhouse Christian Eriksen and Modric.

The Danes failed to set pulses racing in the opening round but advanced second behind France in Group C.

By contrast, Croatia stormed through Group D, winning all three games and put in arguably the best performance of the first stage, a 3-0 thumping of Argentina, in Nizhny Novgorod, where they will also play Denmark.

“I think you will see a different Denmark from what you have seen so far and the type of game we have played,” Hareide said. “Yes, we need to defend but we need to attack more.”

Denmark are unbeaten for 18 games, a national record, their last defeat coming against Montenegro in October 2016 and have kept six clean sheets in their past seven games thanks to ‘keeper Casper Schmeichel.

If Denmark beat Croatia, it will be only the second time the Danes have qualified for the last eight of the World Cup, the other occasion being in 1998.