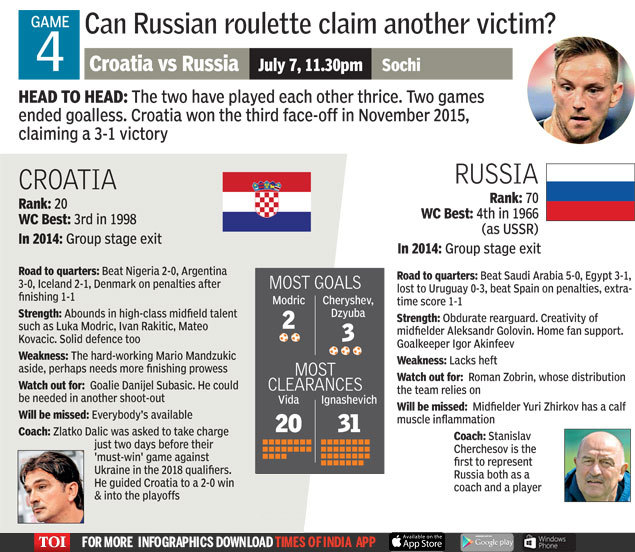 SOCHI: It was the first pre-match press conference of the World Cup inside a cramped room at the Luzhniki. Stanislav Cherchesov, the man with a bald pate and bold ideas, took the stage with Aleksandr Samedov, and addressed a gathering that had come to poke some fun at the hosts who were seen as ‘unfit’ to join the party.

Cherchesov took resort to humour, as staying cool seemed an injudicious option when his team was being pulled down even before the fight had started. Someone wished the team luck. Cherchesov replied, “In Russian, luck is feminine. Wish us success.” No one could guess what he was alluding to as Samedov pleaded for some patience and belief in the team.

Exactly 23 days later, the same group of detractors is now following Cherchesov’s team like the children of Hamelin.

In the quarterfinals, ready to face Croatia, Russia are one of the great stories of the tournament – where the unpretentious have given lessons to the elites. Ask Spain, who thought ball possession and an early Russian gift of a goal could see them through to Sochi. Igor Akinfeev’s heroics under the bar sent them back to Madrid. 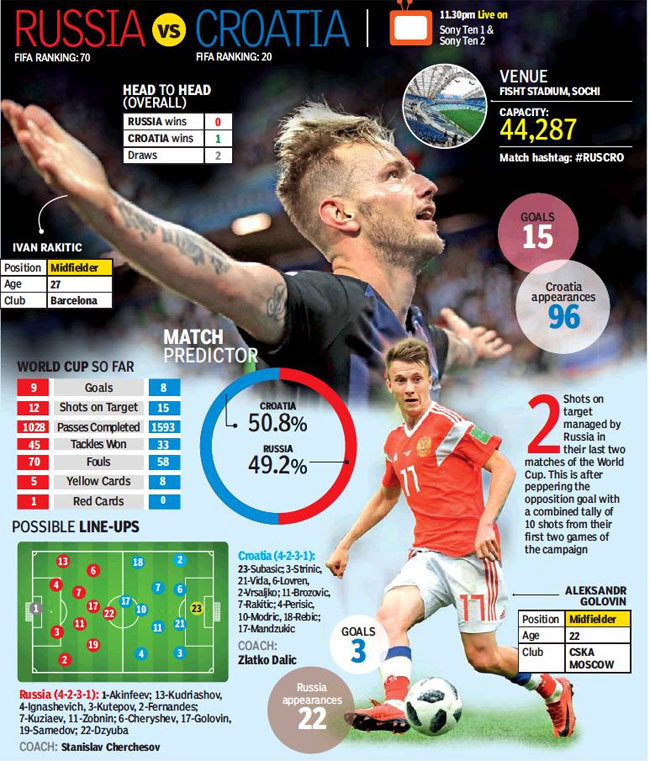 Now, Samedov claims there is not so much pressure. “Compared to before the tournament and the pressure we felt back then, it was much harder. Now we are in the quarterfinals and we just want to bring pleasure to the people.” People are basking in the success that was beyond their dreams. To whet their appetite, Samedov, Akinfeev, Artem Dzyuba, Aleksandr Golovin and Denis Cheryshev may have to perform another miracle against their former friends of the Warsaw Pact.

Luka Modric-inspired Croatia are also writing their own epic. Their battle of Troy was fought at the Nizhny Novgorod Arena where Ante Rebic, Ivan Rakitic and the inextinguishable light called Modric devastated the Argentinians. A drop in intensity found them struggle against Denmark in the Round of 16, but their goalkeeper Danijel Subasic rescued them in the edge-of-the-seat drama. 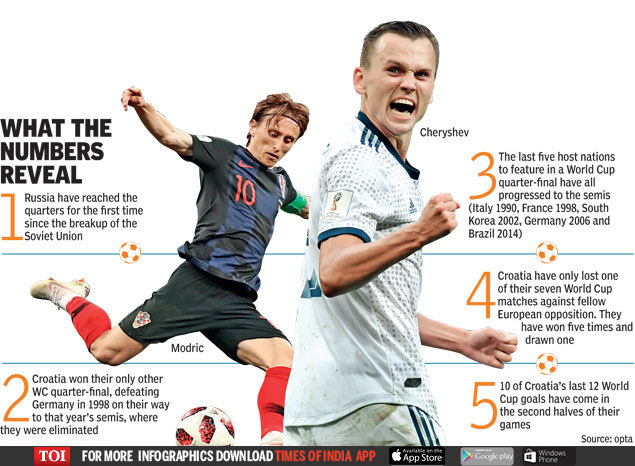 Modric has a fair idea of what Croatia are up against the indefatigable Russians. The organisation and attitude shown by the Russians were key in limiting Spain’s vaunted attacking threat.

“Yes, I expect a similar tactic. Russia are uncomfortable to play against. They run a lot and are well organised. They deserve to be in quarterfinals and will be looking to progress. Facing Russia and their fans is going to be a spectacle,” the Real Madrid man said. Subasic said, “There will be additional motivation as everyone in the stadium will be against us.”

Any face-off between two Slavic nations, even on the sporting fields, can never be without political intonations as shared history leaves behind some unpleasantness. It will add fuel to the contest as the Croats are trying to emulate their success of 1998 when the then newly-born nation made the semifinals, blanking Germany 3-0. War refugee Modric was 13 then, while Rakitic was just 10 years old. A dream was born which they are living here in Russia. They would not want it to end at the Fisht Arena. 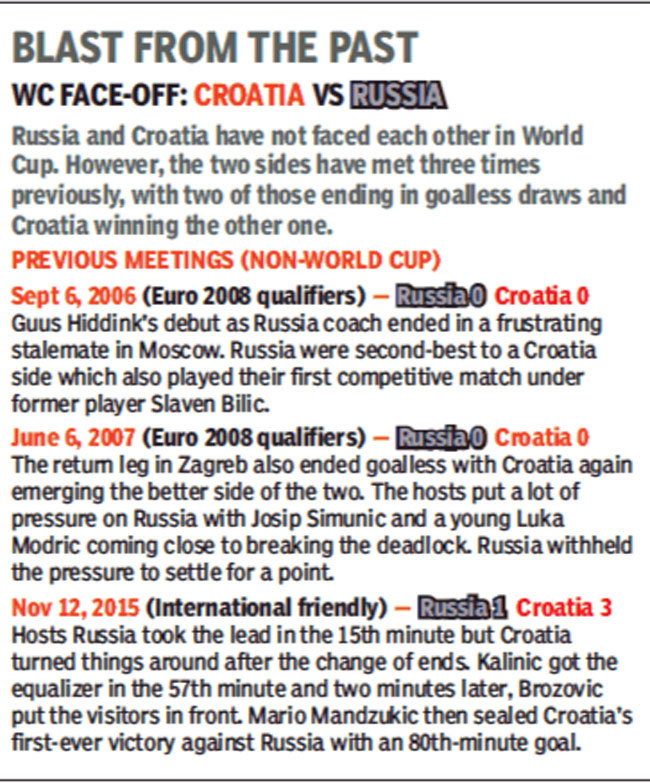