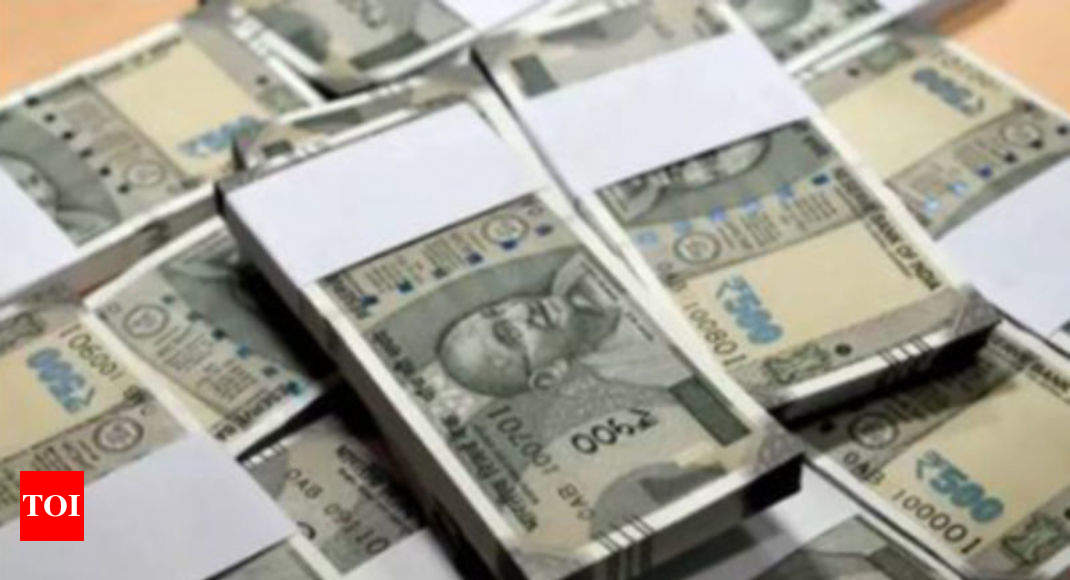 MUMBAI: The rupee on Thursday slid 26 paise to close below the 70-mark for the first time against the US currency, hammered by strong dollar demand amid growing concerns over widening trade deficit.

The Indian currency collapsed to a historic intra-day trading low of 70.40 before closing at fresh life-time low of 70.15 per dollar, down by 26 paise or 0.37 per cent over the previous close of 69.89.

The RBI intervened in the currency market to save the beleaguered currency, traders said.

Emerging market currencies and stocks remained in the investors’ cross hairs as worries mounted despite fresh rally for the Turkish lira.

The lira continued to rebound from record losses a day after Qatar pledged $15 billion in investments to help the Turkey’s economy.

Headwinds in the form of widening trade deficit due to surging crude prices amid unsupportive global factors kept forex sentiment shaky and largely weighed on the local unit.

Country’s trade deficit soared to a near five-year high of $18 billion, data released by the commerce ministry on Tuesday showed.

A massive exodus of capital outflows from both equity and debt market against the backdrop of US Federal Reserve’s anticipated interest rate policy is triggering wide panic, a forex dealer said.

High current account and fiscal deficits mean the central bank may have little room to tap into its reserves to defend the currency, the dealer said.

The Indian currency has lost 10.5 per cent of its value this year so far against the backdrop of India’s ballooning fiscal deficit and surging crude prices and mounting worries surrounding the US-China trade conflicts.

Allaying worries over the rupee’s slide, Niti Aayog vice-chairman Rajiv Kumar said that the currency was coming back to its natural value after witnessing a 17 per cent appreciation in the last three years.

The rupee should be valued realistically and not be overvalued, he commented.

Meanwhile, officials said that India’s crude oil import bill is likely to jump by about $26 billion in 2018-19 due to the rupee’s fall, which could fan inflation worries.

While exporters are seeing short-term gains in the rupee’s slide, they were worried that the currency going above 71-mark would stoke inflation and may also prompt foreign buyers to seek discounts.

The rupee has been one of the worst performing currencies among peers this year – raising fears of a repeat of the currency crisis of 2013.

Reversing its brief rebound, the rupee opened with a gap-down at 70.19 against Tuesday’s close of 69.89 at the inter-bank foreign exchange (forex) market.

Heaping under intense dollar pressure, it plunged to hit a fresh lifetime low of 70.40 in mid-morning deals also impacted by falling local equities.

After reversing earlier steep losses on the back of stepped up dollar selling by state-run banks, the rupee finally ended the day at 70.15.

The Financial Benchmarks India private limited (FBIL), meanwhile, fixed the reference rate for the dollar at 70.2287 and for the euro at 79.9718.

The 10-year benchmark bond yield also dropped sharply to end at 7.86 per cent.

On the energy front, crude prices clawed back some of their overnight losses after Beijing said it would send a delegation to Washington to try to resolve the trade dispute with the US that has roiled global markets. The benchmark Brent for September settlement was trading firm at $71.16 a barrel in early Asian session.

The US dollar also retreated from near one-year high after news that the Chinese delegation will travel to the US. Against a basket of six currencies, the dollar index was trading weaker at 96.39.

In the cross currency trade, the rupee remained under pressure against the euro to close at 79.80 compared to 79.68 and also fell back against the Japanese yen to finish at 63.28 per 100 yens from 63.05 earlier.

The home unit, however recovered against the British pound to end at 89.12 per pound from 89.21.

The forex and money market will be closed tomorrow on the account of the Parsi New Year.