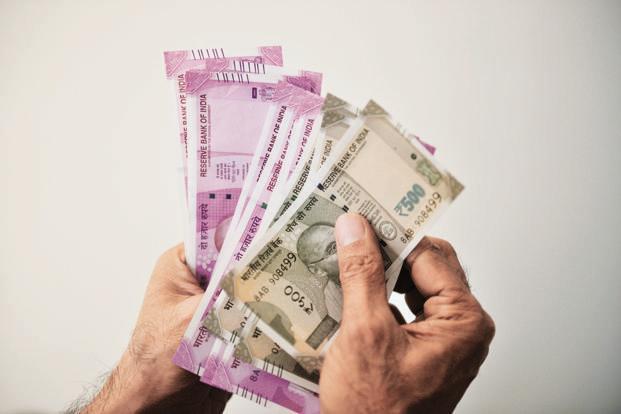 The rupee, along with other Asian currencies, has come under pressure in the last few sessions after the fall in Chinese yuan. Photo: Mint

Mumbai: The rupee closed near its all-time low on Wednesday over concerns that higher crude oil prices will worsen India’s current account deficit and accelerate inflation.

The rupee, along with other Asian currencies, has come under pressure in the last few sessions after the fall in Chinese yuan due to escalation of trade war between the US and China.

So far this year, the rupee remains the worst performing currency in Asia, falling 6.9%, followed by the Philippine peso and Indonesian rupiah, which are down 6.7% and 4.3% respectively. The Chinese yuan has depreciated 1.5%.

“The recent gap-up in rupee momentum is largely driven by the broader dollar strength—as the latter’s rate differentials continue to widen with its other G3 peers. Undeniably, adding to the bearish momentum not only in the INR but also AXJ pack, is the US-China trade dispute which investors fret could spillover and jeopardise global growth momentum”, said Radhika Rao, economist at DBS Bank. G3 comprises the dollar, the euro and they yen, while AXJ refers to Asia ex-Japan. 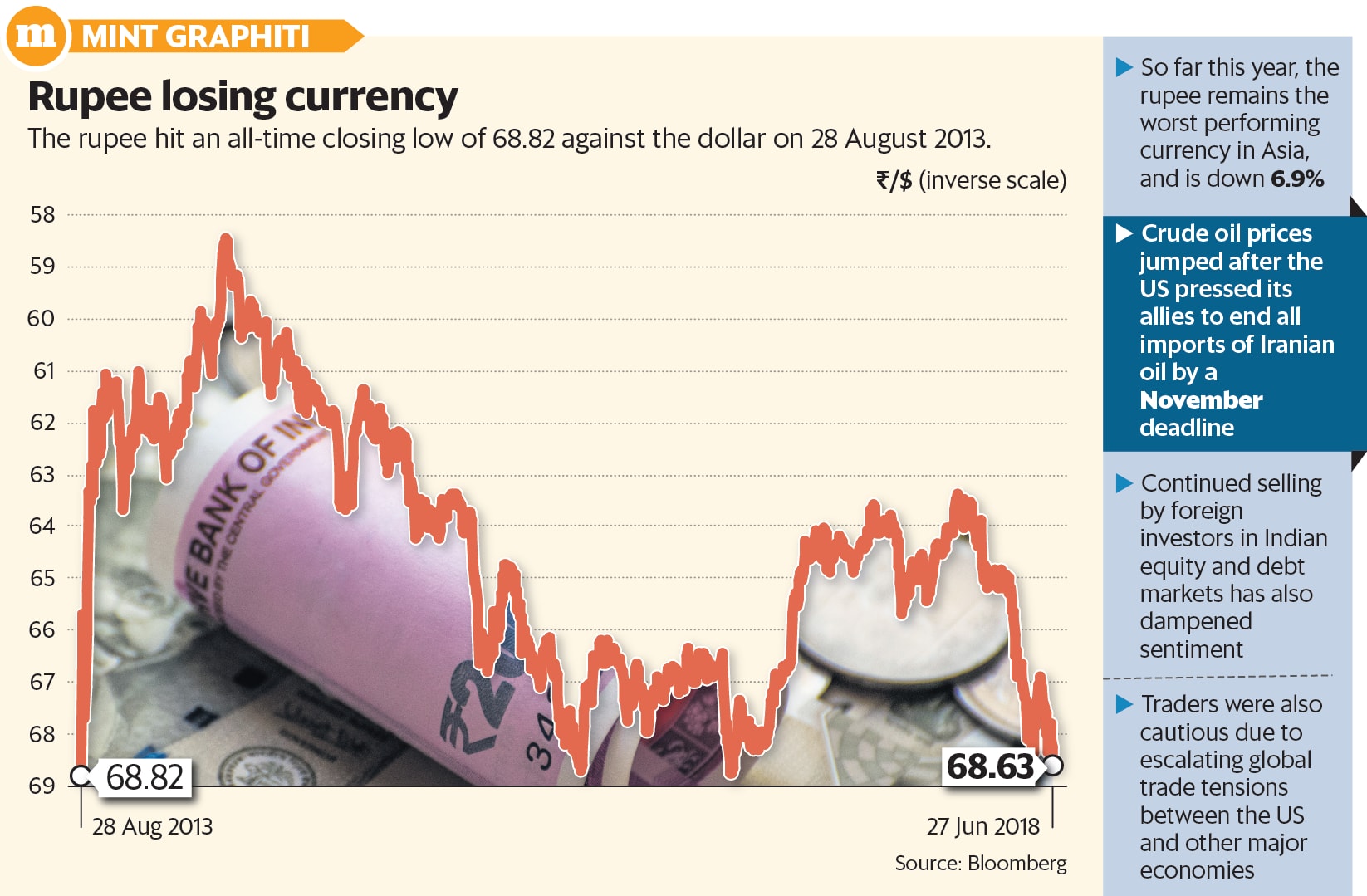 “The resultant risk-off mood has seemingly set off a vicious loop—currency weakness is a thorn on the side of foreign portfolio investors, with outflows here triggering further rupee weakness. Today, equities have also seemed to have joined the debt markets on their way south. Given the risks also building up on the domestic macro end, we retain our in-house call for the rupee to weaken towards 69.50 by year-end,” Rao added.

Crude oil prices jumped after the US pressed its allies to end all imports of Iranian oil by a November deadline and said it didn’t want to offer any extensions.

Traders were also cautious due to escalating global trade tensions between the US and other major economies, progress of monsoon and the movement of crude oil prices.

“We expect RBI may intervene aggressively around 68.80-68.85 levels to defend the currency. But if 68.86 level is taken out, then we may see sharp depreciation in the rupee in coming sessions and it may move towards 70.00-70.50 levels immediately. Rising crude oil prices, trade war concerns, strength in the dollar index and weakness in the emerging market currencies are key factors for the rupee depreciation. Steady capital outflows and worsening domestic macroeconomic fundamentals are also key factors for the rupee depreciation”, said Rushabh Maru, a research analyst at Anand Rathi Commodities.

Bond yields gained for the fourth session. The 10-year bond yield stood at 7.872%, against its Tuesday’s close of 7.829%. Bond yields and prices move in opposite directions.