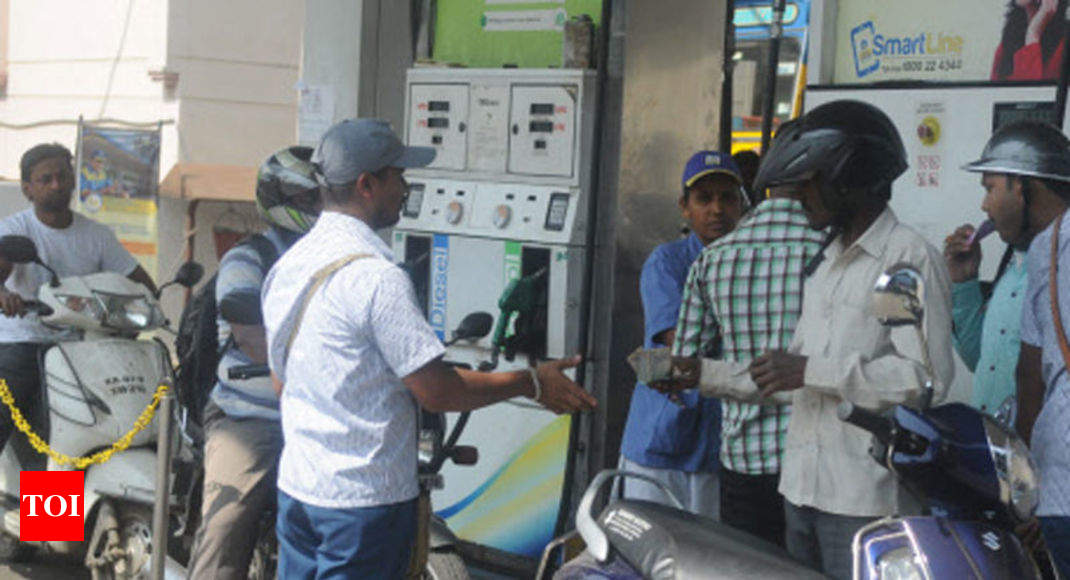 NEW DELHI: India’s crude oil import bill is likely to jump by about $6 billion in 2018-19 as rupee dropping to a record low has made buying of oil from overseas costlier.

At the beginning of the financial year, the government had estimated that crude oil import bill will be around $108 billion (Rs 7.02 lakh crore), at an average crude oil price of $65 per barrel and exchange rate of Rs 65 per dollar.

But the exchange rate has been at an average of Rs 67.60 till August 14. If the rupee is to stay around 70 per dollar for the rest of the ongoing fiscal, the oil import bill will be $114 billion.

If oil prices continue at these levels and rupee at 70 a dollar, retail rates may go up by 50-60 paise a litre.

Meanwhile, in what’s an unusual timing for price hikes, automobile companies are going in for a fresh round of markups with Maruti and Mercedes Benz announcing their hikes on Thursday. Others like Tata Motors increased prices with effect from August 1 while BMW and Audi are mulling increases too. Rupee’s slide is a reason for the hikes.