Rupee at 70 against US dollar ‘now in sight’: 10 points on INR’s fall today | BUSINESS
Categorized as
122
Tagged as
next crucial level for the rupee is 69.80 to the dollar.The Sensex plunged today by over 300 points at day’s lowThe Turkish lira has fallen about 45% against the greenback this year on worries
Related 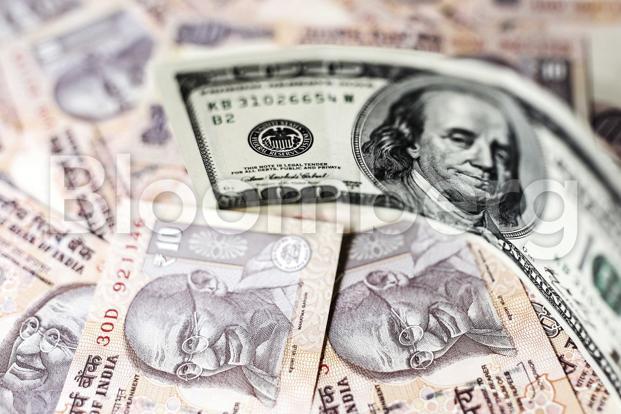 Here are 10 things to know about rupee’s plunge today:

1) The Turkish lira has fallen about 45% against the greenback this year on worries over Turkish President Tayyip Erdogan’s increasing control of the economy and a deepening diplomatic rift with the US.

2) In a note forex advisory firm IFA Global said, “The psychological 70 mark is now in sight.” In the wake of weakness across the board, “the RBI may be less keen to intervene. It may do so just to curb volatility and desist speculators,” it added.

3) A senior forex dealer at an Indian state-run bank said the next crucial level for the rupee is 69.80 to the dollar.

4) The decline in the lira “may fuel volatility in emerging-market assets and dampen investor sentiment in the near term, as markets are already skittish,” said Kerry Craig, global market strategist at JPMorgan Asset Management.

5) The JPMorgan analyst however said that the “drivers of the lira’s decline are very specific to Turkey. Therefore it should not derail the positive fundamentals in other emerging markets over a longer-term.”

6) Another key data point to be watched today is retail consumer inflation data for July due after market hours. A Reuters poll estimates July inflation of 4.51% compared with a 5-month high of 5% hit in the previous month.

7) The Sensex plunged today by over 300 points at day’s low, tracking a selloff in other equity markets.

8) IT stocks however gained today, with NSE IT index up 0.70% in noon trade. Tech Mahindra and HCL Tech were among the top gainers. A weak rupee boosts the rupee earnings of IT companies.

9) Turkey’s central bank today said it was ready to take “all necessary measures” to ensure financial stability after the collapse of the lira. The statement came after the Turkish lira hit record lows against the dollar amid a widening diplomatic spat with the United States.

10) The detention of US pastor Andrew Brunson since October 2016 on terrorism charges has sparked the most severe crisis in ties between the two NATO allies in years. The Turkish central bank has defied pressure to hike interest rates which economists said would curb the fall of the lira. Turkish President on Saturday called interest rates as “tool of exploitation” that makes the poor poorer and the rich richer.