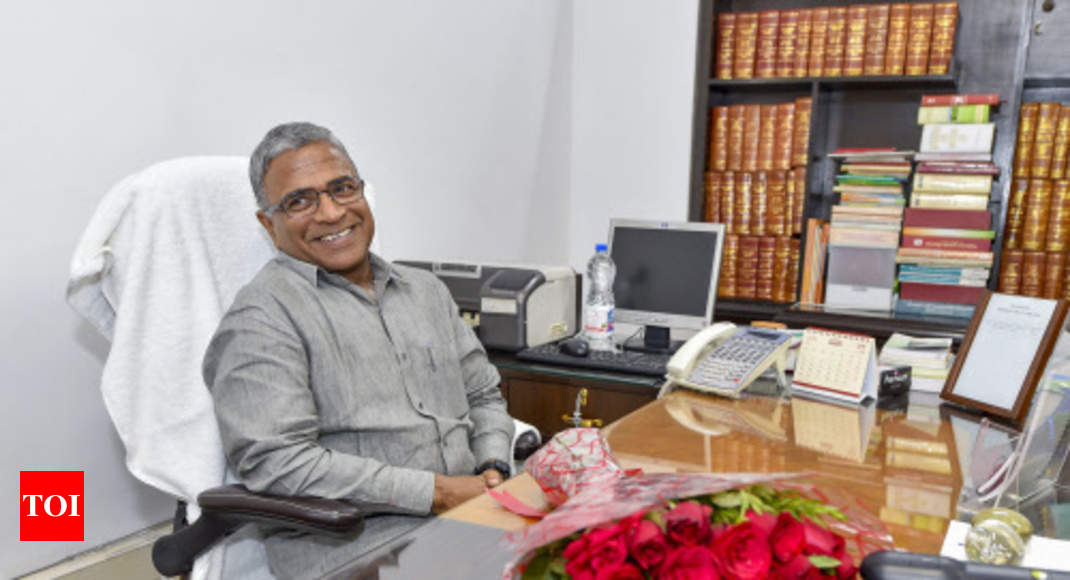 NEW DELHI: The ruling NDA on Thursday comfortably bagged the Rajya Sabha deputy chairman’s post when journalist-turned politician Harivansh Narayan Singh of the JD(U) defeated Congress’s BK Hariprasad in an election that was seen as a test for the opposition unity ahead of 2019 Lok Sabha polls.

While there was jubilation in the NDA, murmurs of dissatisfaction could be heard in the opposition camp over the Congress’s strategy in the prestige battle.

In a boost to the BJP-led National Democratic Alliance(NDA), its candidate Harivansh, got 125 votes as against 105 polled by Hariprasad, who was the opposition nominee.

The BJP winning over the support of the BJD and the TRS for the election is seen as a boost to the ruling NDA as it gears up for the next Lok Sabha polls, and a blow to the opposition’s attempts to forge a larger unity against the ruling combine.

Senior leaders from the opposition pointed out as to how the BJD and TRS had chosen to abstain during the voting in the Lok Sabha on the no-confidence motion against the government on July 20 but decided to back the NDA today.

The decision of the two parties is also significant as the BJP has emerged as the main challenger in Odisha to chief minister and BJD president Naveen Patnaik, while TRS supremo and Telangana chief minister K Chandrashekar Rao was till recently exploring the possibility of a federal front of regional parties against the BJP.

If Naveen Patnaik is taking a decision, it must be based on his calculations for the future, a BJP leader said.

However, there is also a view that the new-found bonhomie between the two parties could lead the BJP to tone down its campaign against him ahead of the Lok Sabha and assembly elections in the state, making things easier for the BJD. Both elections are to be held simultaneously in the state.

The opposition tried to put up a brave face despite the defeat. However, murmurs of dissatisfaction could be heard in the galleries of Parliament with some leaders questioning why Congress president Rahul Gandhi did not reach out to parties like AAP, like Bihar chief minister and JD(U) chief Nitish Kumar did by calling up BJD and TRS leaders.

Most opposition parties felt their candidate could have got more votes in the polls had the Congress nominated a member from any of its supporting parties, even as they asserted that the NDA candidate’s victory was not a setback to their unity efforts against the BJP.

Also, some leaders were of the opinion that a Congress member as opposition candidate closed the chances of getting votes from some parties who didn’t wish to be seen as close to any camp.

“We still are united in our opposition to the BJP and NDA. Today’s result shows the desperation of the government. The PM had to be on phone to get votes for the NDA candidate. The election is certainly not the end of the world for us. These are just the warm up matches for the world cup and it should be played and there the voters are different,” TMC leader Derek O’Brien told reporters.

“If Congress had put up a non-Congress candidate or even decided to project someone from TDP or any other opposition party, then we could have gathered more votes,” said a senior opposition leader who did not want his name to be revealed.

After deciding to contest the polls against the BJP, the opposition parties had asked the Congress to put up a joint candidate. However, after the result today, many of them said they had expected that the Congress would nominate a non-Congress MP for the post but it did not happen.

Also, the opposition leaders were dissatisfied with the Congress’s strategy.

A phone call from Congress president Rahul Gandhi could have got AAP members to vote for the Opposition candidate, said some leaders of the non-Congress opposition parties.

Aam Aadmi Party (AAP), which has three members, stayed away from the voting.