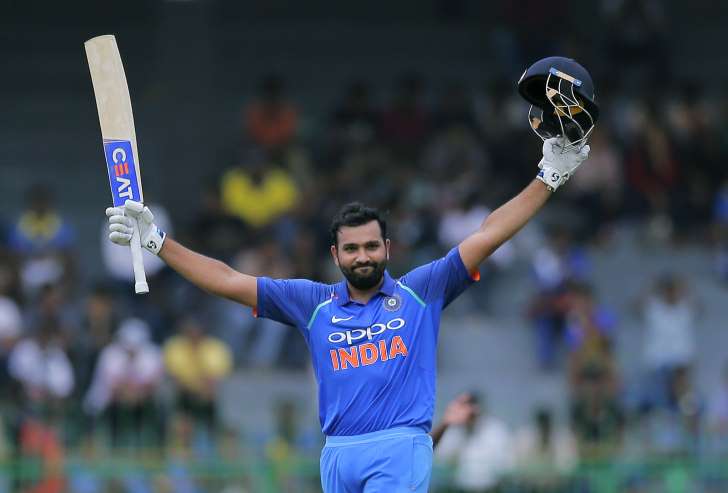 “I get out in three matches and you start saying I am out of form. You guys put people in good form after one match, and if somebody doesn’t have three good matches, you say he is in bad form,” Rohit Sharma said when asked about finally getting a big score in South Africa, coming towards the end of his second multi-format tour of the country.

Rohit has heard this before. Runs can be mistaken for form, Test form for ODI form, and a batsman can go into a rut. Suddenly, you are looking at 118 runs in eight innings with six out of eight dismissals to Kagisa Rabada. However, in the ODIs, Rohit has not looked out of sorts or in much trouble at all. In fact, in his short innings’, Rohit has even looked authoritative. In Durban, he set the tone of the chase with a six, flicking a short-of-a-length ball over square leg. In Centurion, he responded to a bouncer with a downright contemptuous six off Morne Morkel.

Sometimes, a little luck is needed at the start of an innings. In Cape Town, Rohit was caught behind, with the ball carrying to the keeper off the bottom edge of his bat. That was perhaps the only ball in the match that misbehaved as much. He has also fallen to a sensational return catch by a fast bowler, at the Wanderers. Virat Kohli has earned all the runs he has scored, but in contrast to Rohit’s series so far, the small margins have gone his way. Faf du Plessis got desperately close to catching him in Durban, but ended up out of the series for his efforts. A hopeful lbw review in Cape Town, where Kohli didn’t even know he had hit the ball, returned a spike on the UltraEdge as the ball passed the bat. In Port Elizabeth, it came down to millimetres again on a stumping decision.

Yet when runs aren’t scored for all the good work in the nets, it can get difficult in the high-pressure environment of international cricket. “In our dressing room, we always talk about how we are batting and how we are playing the ball,” Rohit said when asked how he manages to retain that confidence during such a run. “Scores don’t reflect that at times. Sometimes they do, but that doesn’t mean that suddenly you have become a bad player. Because you have achieved so much, scored so many runs, two-three bad innings don’t change that.

“This is not just for me, but for all batsmen in the team, because such a situation does come when you are trying your hardest but things don’t come off. So at that point it is important that you relax and take a step back and think about what you need to do in the next game. Because every day is a new day and what you have done in the past is gone. It is the same thing I am thinking right now. My hundred has gone now and the next game I play, the hundred I scored isn’t going to matter much. So it is important to stay in the present and this is what we talk about in our dressing room. I knew that a big score was coming, and I just have to be in that zone and not get bogged down and start worrying about my batting.”

In the first four innings, Rohit didn’t catch a break, which you need, especially when opening the innings. In Port Elizabeth, he didn’t need luck. Not until he had reached 96 at any rate, when he was dropped by Tabraiz Shamsi on the boundary. The century that sealed India’s bilateral series win in South Africa had all the hallmarks of a Rohit innings. There was a slow start as he sussed out the conditions. There was a big six, dancing down to the fast bowler who has been getting him through the tour. Then, there was consolidation interspersed with calculated assaults. Two run-outs while he batted meant Rohit had to bat for longer.

In the end, what was setting up to be a big Rohit hundred turned out to be a gritty innings that seemed just about enough for India. The match awareness was there. He had realised the pitch had slowed down, and needed to put the two run-outs behind him to take India past 250. He knew he had played a not-insignificant part in those run-outs. He also knew the batting that followed him has not been in the best of form.

In between, the hundred came and went without a celebration that you generally associate with a batsman doubling the score of his last eight international innings in one effort. A relaxed Rohit, a contrast in that regard to how India play their cricket and speak in the media, could sit back and be self-deprecating: “Yaar [friend], before that two guys had got run out in front of me, so what was there to celebrate?”

And everyone laughed with Rohit.