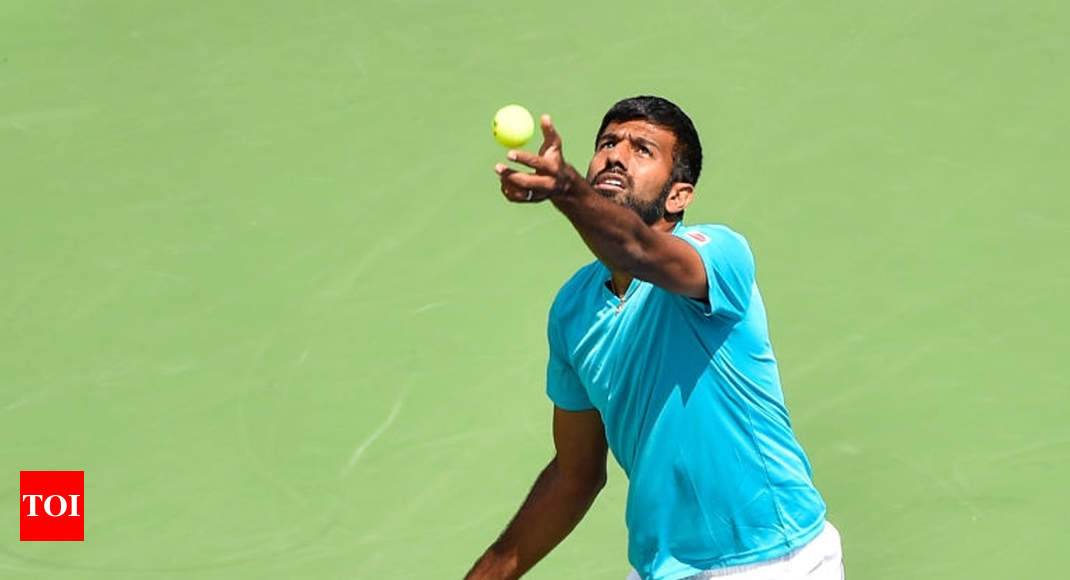 NEW DELHI: Doubles specialist Rohan Bopanna, recuperating from a shoulder injury, will skip the ATP Rogers Cup beginning in Toronto on Monday, and will reach Palembang on August 14 to get acclimatised to the conditions ahead of the Asian Games.

It means that Bopanna will compete at the Asian Games without any competitive match since the Wimbledon Championships.

Bopanna and his French partner Edouard Roger-Vasselin had conceded their men’s doubles second round after the Indian suffered the injury on July 6.

The Coorgi had also planned to play the Bastad event with Divij Sharan, his men’s doubles partner at the Asian Games, but his injury did not let him participate.

“Rohan has recovered from his shoulder injury but he thought it does not make sense to travel all the way to US for just one week. Those are big tournaments and you need to be match sharp,” India’s men’s squad captain Zeeshan Ali said.

“He is losing about 1000 points by not playing these two weeks but he thought it’s a better decision to save his shoulder for the Asian Games. So he is reaching Palembang on August 14 to get used to the conditions, the surface to be ready for the Asian Games.”

“He is going there a week earlier to practice. We will reach on August 16. The singles start on August 19th and the doubles on 20th. So we have a few days to practice together,” Zeeshan, the Davis Cup coach, said.

While Divij Sharan had won a bronze medal with Yuki Bhambri at the previous edition in 2014, Bopanna has never won a medal at an international multi-disciplinary event.

Bopanna did not respond to the calls when contacted.