New Delhi: Robo 2.0  Trailer of South’s superstar actor Rajinikanth’s most popular film ‘2.0’ (2 point 0) has been launched. The trailer was supposed to arrive at 12 o’clock on Saturday, but due to the delay, the probable time came at 1 o’clock. From the morning on the social media, 2point0 Trail Launch and 2point0 Trail Day is trending with the hashtags. At the launch of the trailer launch event, Bollywood actor Akshay Kumar (Akshay Kumar), who plays Villain in addition to superstar Rajinikanth , also reached. Here are other star casts, including the film’s makers. The 2.0 trailer has been launched in Hindi, Telugu and Tamil languages.This is the second part of the movie ‘Robot’ in the year 2010. Even though Lead Rolls superstar Rajinikanth is doing the film,but 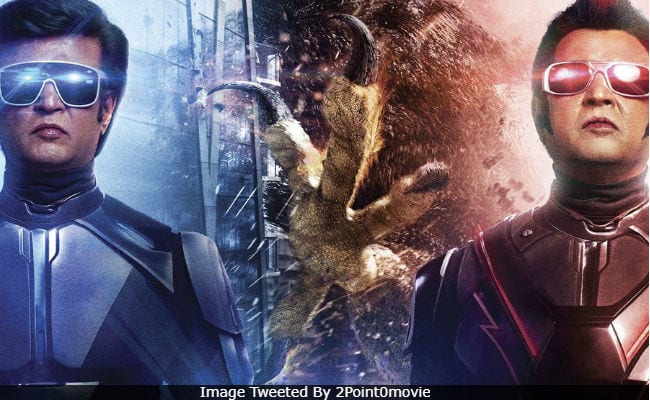 In the trailer, people who are present throughout the city pull the mobile phone away from the magnetic force. After this, the whole country in the form of eagle is terrorized. However, to fight the powerful villain, the Scientist doctor called Vasinikant called ‘Chitty‘ to use super power like ‘Robot’ movie. It would be interesting to see what could be the reason for the disappearance of mobile phones from the people.

this Video famous producer Karan Johar released on the Dharma Productions YouTube channel. Within just a few hours of the release of the trailer, almost millions of views came. This trailer will soon be trending on YouTube. Akshay Kumar will be known in the film by the name of Scientist Dr. Richard. Later, the doctor will be seen face-to-face between Richard and Chitti.