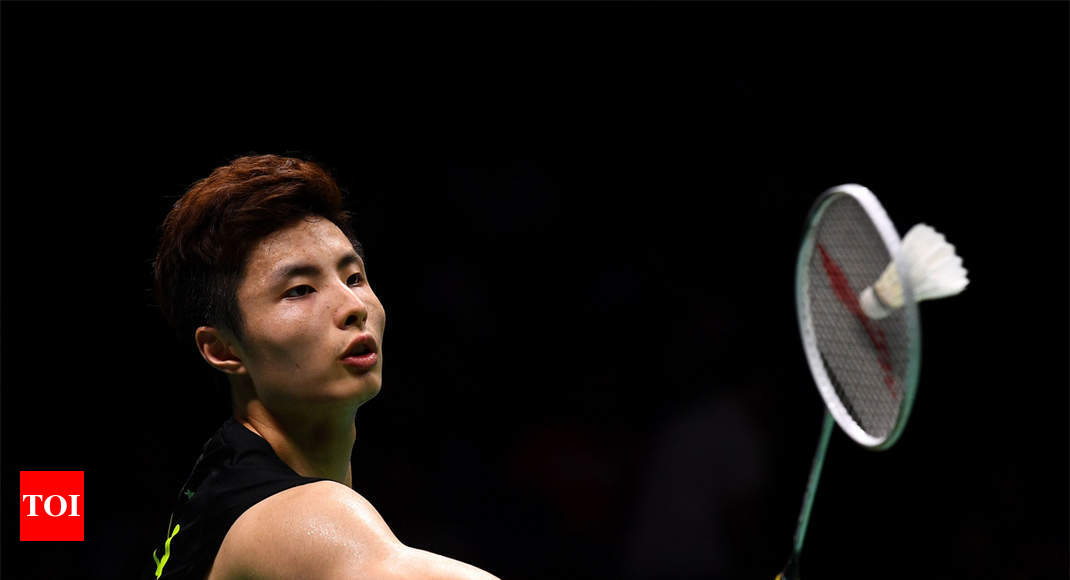 NANJING (China): Upstart Shi Yuqi comfortably beat Chen Long to race into the final of the badminton World Championships on Saturday and confirm his newfound status as China’s best player.

The 22-year-old defeated Chinese legend Lin Dan on the way to the last four and has now claimed the scalp of Olympic champion Chen, who was chasing a third world title.

He will now play favourite Kento Momota of Japan or Malaysia’s unseeded Liew Daren in Sunday’s final in Nanjing.

The brilliantly agile Shi taught Chen, 29, something of a lesson with a comprehensive 21-11, 21-17 victory.

Shi has a long way to go to emulate his more seasoned compatriots, but defeating Chen for just the second time was more evidence of a changing of the guard in Chinese men’s badminton.

He beat the 34-year-old Lin to win the prestigious All England Open in March, but the world title would be the biggest achievement of his highly promising career.