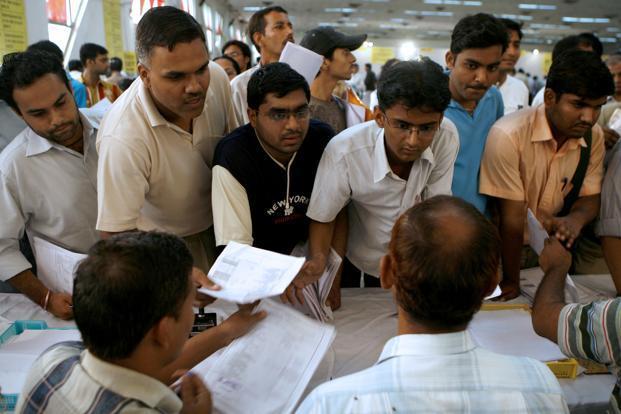 In the last few years there is a continuous increase in the number of tax filers. We asked experts how it will benefit economy and individuals, especially the tax payers.

The government’s effort at improving tax revenues seems to have had a positive impact, as reflected in increased direct tax compliance – largely from personal income tax.

Going ahead, the advent of Goods and Services Tax (GST) will help formalise the economy and have a positive spillover effect on income tax compliance.

That’s critical to improve the government’s ability to fund social and physical infrastructure. India lags on both counts and to boot, is fiscally stretched.

Sustained improvement in tax collections can translate into improved infrastructure, social services and quality of life.

If the efforts to widen the tax base succeed, it could also open up the possibility of lowering tax rates and cesses imposed. Today, that burden is disproportionately shared by honest tax payers.

Increasing the number of tax filers or expanding the tax base has been one of significant area of focus of the government. A series of measures have been adopted to increase the number of personal income tax filers.

As per the data released by the government in April this year, the number of new ITR filers during the financial year 2017-18 has increased to 99.49 lakh (as on 30.03.2018) as against 85.51 lakh new ITR filers added during FY 2016-17, which translated into a growth of 16.3% resulting in increased tax base. The increase in tax base is a result of sustained efforts made by the Income Tax Department in following up with potential non-filers through email, SMS, statutory notices, outreach programmes, etc. as well as through structural changes made in law.

The government has the difficult task of balancing the revenue needs as well as providing the tax breaks to meet the expectations of the taxpayers. The expanded tax base will go a long way in meeting the above objective and will provide flexibility to reward the tax payers.

For developing countries like India, tax is more than just a source of revenue. It not only helps in building up the economy of a country but also makes the government accountable to its taxpayers. From a government’s perspective, it helps in better planning and budgeting of a fiscal year, as the tax revenues are relatively predictable.

In the last couple of years especially after introduction of major reforms like ‘Demonetisation’ and ‘GST’; India has witnessed a significant increase in number of taxpayers and is evident by the direct tax collections of FY 2017-18 which was 18% higher than that of FY 2016-17.

A steep rise in number of tax filers and eventual increase in tax revenue results in greater spending by the government and a rise in government expenditure is often directly linked with the health of macro-economic variables like infrastructure, employment, defense etc. Hence, it will not be a false statement that ultimate reap out of payment of taxes accrues to the taxpayers only by way of such developments in the country. Further, it is pertinent to note that voluntary tax compliances by the taxpayers pave the way for the government to relax its anti-tax evasion measures and even trim the income tax rates, which again proves to be beneficial for the taxpayers and builds a sense of confidence in the government.

The Economic Survey 2017-18 has noted the fact that there is a “ historic high “ in tax filings given the continuous and conscious efforts made for formalisation of tax, measures to control black money and introduction of goods and services tax.

In percentage terms, the increase may seem modest but this is great step forward in the right direction. Our economy needs a new culture of tax compliance to become all pervasive and fashionable. It is a well settled principle of economics that tax collections help governments to plan their public expenditure better—better education, better healthcare, better roads, basic needs such as food and shelter for most of not for all. Better socio-economic fabric leads to decrease in crime rates and productive communities leading to overall prosperity and economic growth. Hence as the level of tax compliance increases all stand to benefit.