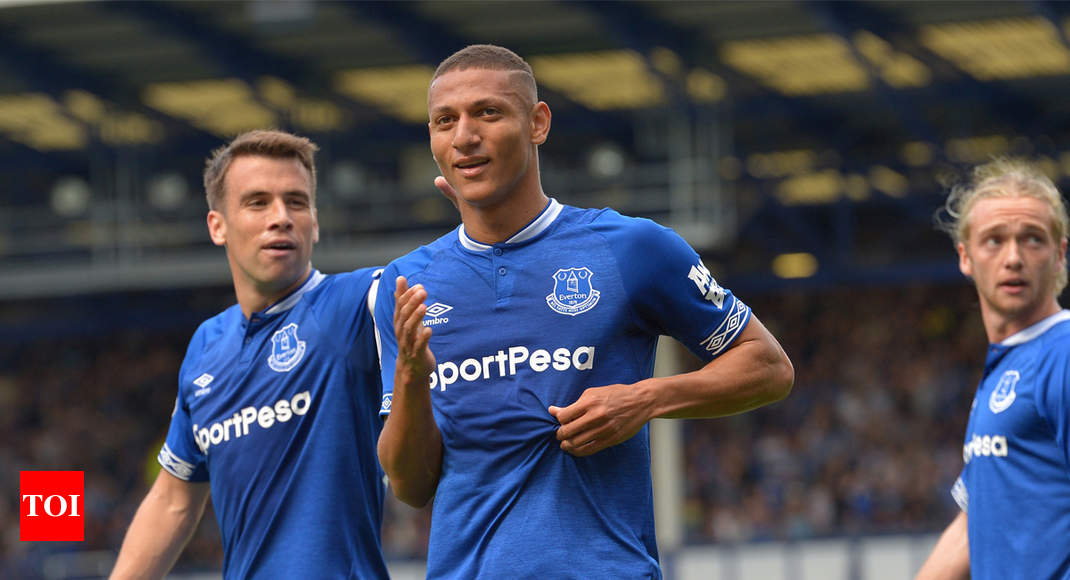 It was the performance as much as the scoreline that will have impressed Everton’s supporters who were granted the best possible start when former Saint Theo Walcott dinked the ball over the keeper after a clever free-kick link-up between Leighton Baines and Morgan Schneiderlin.

Saints struggled all afternoon to control the Brazilian, who was hacked down on several occasions, with the visitors receiving five yellow cards.

Southampton responded well after the interval with Danny Ings, who had earlier been denied by an excellent Jordan Pickford save, tapping home from four yards for his first goal for the club on his first start.

Ings looked sharp on his first return to Merseyside since signing on loan from Liverpool.

At the other end, Walcott’s afternoon could have been even better but he had a goal ruled out for offside and spurned a late chance when he was free on the keeper.

Silva was delighted with his team.

“Our players are doing a fantastic job trying to understand the new way. We are now defending 50 metres from our post,” he said.