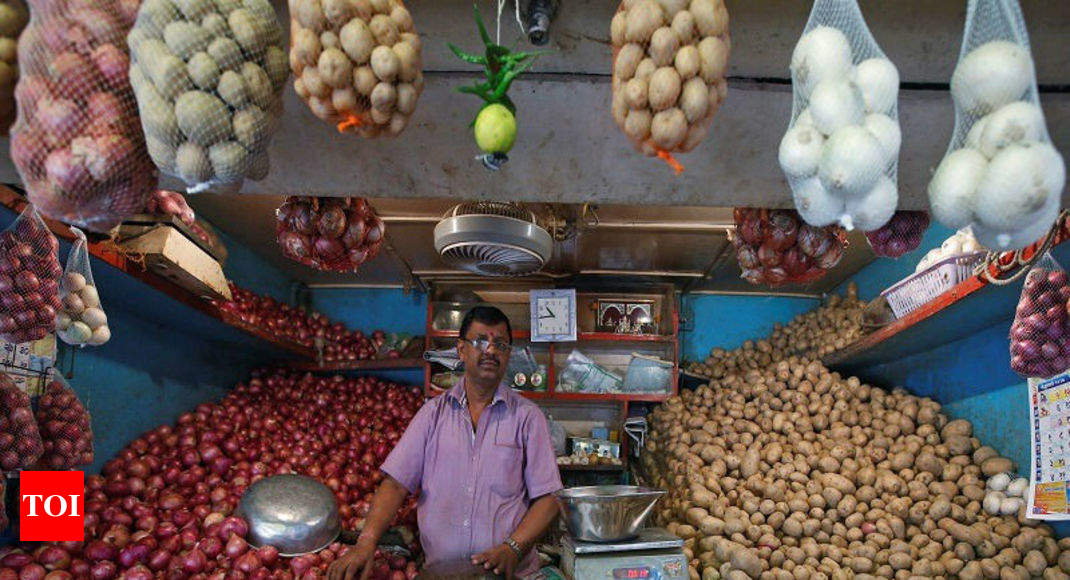 NEW DELHI: Inflation based on consumer price index (CPI) for the month of July came at 4.17 per cent, government data showed on Monday.

In June, the retail inflation stood at a five-month high of 5 per cent. A Reuters poll of economists had predicted the inflation to come at 4.51 per cent.

The food inflation came at 1.37 per cent, driven by cooling of pulses, vegetable and sugar rates.

The inflation in pulses saw a negative inflation of (-) 8.91 per cent as compared to the same month last year. Fuel prices, which have been a talking point recently also eased with the fuel inflation coming down to 7.96 per cent in July, from 8.50 per cent last month.

The numbers mean, inflation has now stayed above the Reserve Bank of India’s (RBI) 4 per cent target for the ninth straight month.

The RBI however will have some elbow room on easing inflation after having effected back-to-back repo rate hikes in its last two policy meetings.

Earlier this month, the central bank had hiked repo rate to 6.50 per cent following its August monetary policy meeting. The RBI maintained a ‘neutral’ stance in the policy as it aimed to contain inflation while not choking growth. This was the first time since October 2013, where RBI had gone for a back-to-back rate hike, having increased repo rate by 25 bps to 6.25 per cent in its last policy meet in June.