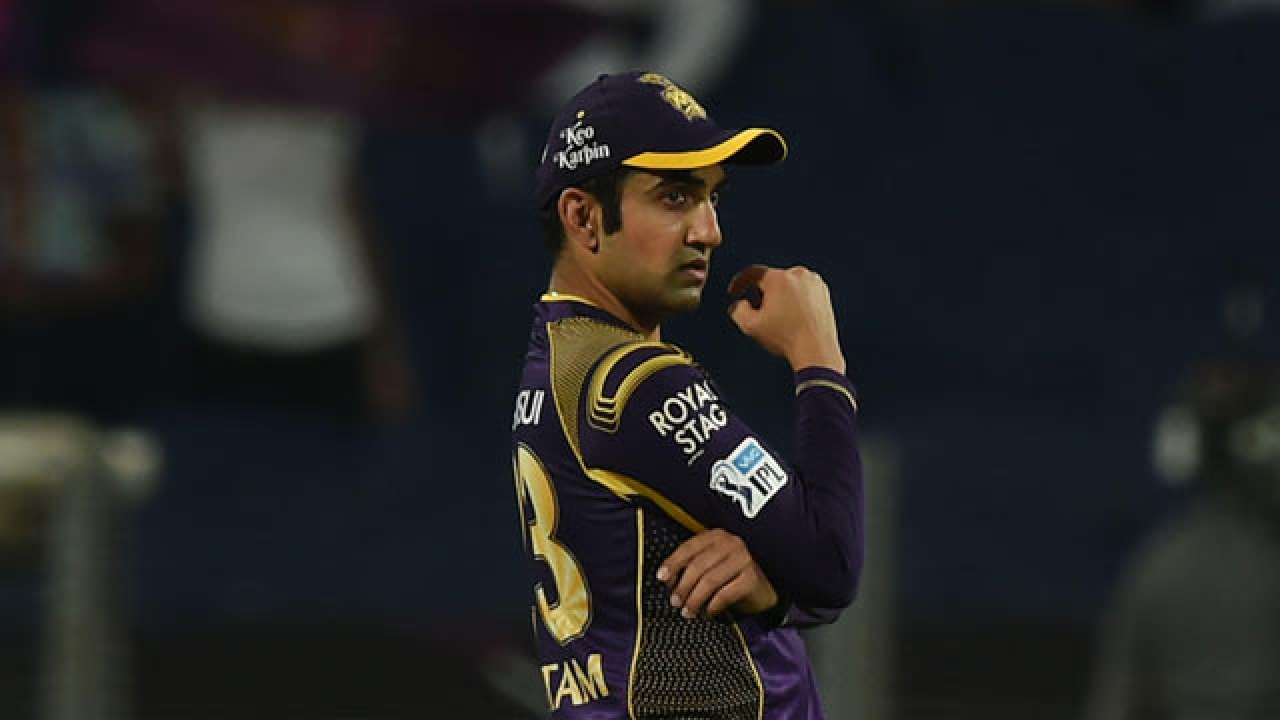 Gautam Gambhir feels at home in Kolkata. So much so that he once went around the city in search of a house he could buy. No surprise really. Kolkata has embraced him with open arms since the city’s IPL franchise, the Kolkata Knight Riders, paid an astronomical sum of USD 2.4 million to bring him on board in 2011 after three middling seasons. Over the last seven years, Gambhir has led the team to a couple of titles, in 2012 and 2014, been its leading scorer, and helped forge one of the league’s most formidable outfits.

Gambhir is in Kolkata these days, playing for the city of his birth, Delhi, in India’s domestic T20 Syed Mushtaq Ali tournament. He isn’t sure, though, if he will return to the KKR set-up. In a move that not many IPL observers saw coming, the franchise decided against retaining him in January, forcing Gambhir back into the auction.

“I get where they are coming from,” Gambhir told ESPNcricinfo. “Above all, the communication between the KKR management and myself has been superb. We spoke in a very cordial atmosphere and I respect their call.”

The speculation will end this weekend of course and Gambhir will find out whether he will stay in Kolkata or head to another city. On reputation alone, he makes a compelling case to attract a substantial bid. Only three players – Suresh Raina, Virat Kohli and Rohit Sharma have made more runs in IPL history than Gambhir. While his strike- rate hovers around a none too collar grabbing 125, Gambhir catches the eye on several other indices. His 35 half-centuries are second most in IPL history after David Warner and he sits on top of the list of the most fours in the tournament with 484, comfortably ahead of Raina’s 402.

Recent experience would suggest reputation alone no longer counts towards frenetic bidding at IPL auctions. Gambhir’s T20 form of late has been patchy with scores of 1,1,7 and 21 in his last four games in the Syed Mushtaq Ali tournament. However, he was the second-highest scorer in last season’s IPL, with 498 runs at an average of nearly 42 with four 50+ scores, playing a key role in another appearance in the knockout stages for KKR.

His form in last season’s Ranji Trophy, where Delhi made the final, was also quite impressive. He scored 683 runs, including three centuries, and finished as the sixth-highest run-getter. At 36, Gambhir remains convinced he can continue to contribute to teams he is part of, and isn’t fazed at the prospect of having to compete with much younger players.

“I won’t have been playing the format if I was not convinced about my abilities,” he said. “I am feeling strong physically. Fitness and motivation have never been a challenge. When I turned 30 I promised myself that I needed to up the ante fitness wise as the game was changing, I was moving on and there is that thing called self-pride which you never want to dent. So, I do extensive gym training with my personal trainers, cross country in the ridge area behind my house in Delhi, yoga, kickboxing and also play badminton to stay in shape.”

Besides his pedigree as a batsman, Gambhir is sure to be on the radar of franchises for his leadership abilities. Only M S Dhoni has more wins as captain in IPL history with 83 wins from 143 games while Gambhir has won 70 of his 123. In his time at the helm at KKR, players such as Manish Pandey, Kuldeep Yadav and Umesh Yadav have pressed their claims for India call-ups while the likes of Sunil Narine and Andre Russel have grown in stature. Now, as this next phase of his IPL career beckons, Gambhir said that while he would enjoy captaining a team again, the focus was on performing the role of a senior professional in the set-up.

“I’d prefer both but the dynamics of the sport are such that each phase of a professional sportsperson’s career comes with responsibility,” he said. “The way I played in 2011 or 2012 is different to how I play now. Bowlers don’t bowl in my areas, as a senior member it is my duty to curb my game as per the situation. At the end of the day it is about a balanced approach because a team sport has to be played with a team’s interests in mind and not an individual’s.”