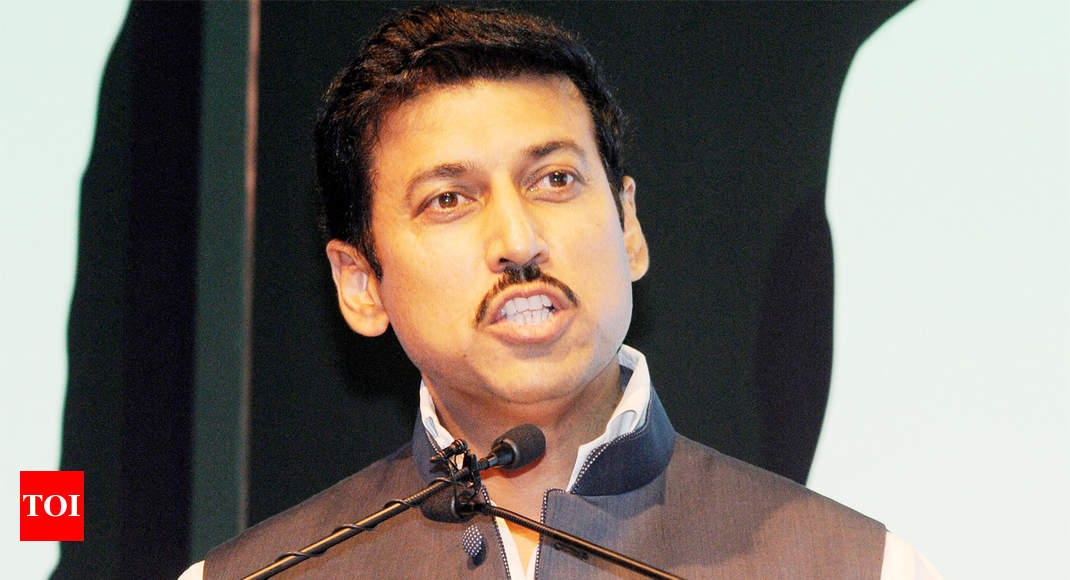 NEW DELHI: The remuneration of coaches in various sports disciplines would not be limited to Rs one lakh as the government has increased the cap to Rs two lakh, the Lok Sabha was informed on Thursday.

Responding to supplementaries during question hour, Sports Minister Rajyavardhan Singh Rathore said it has been decided to increase the cap of remuneration by 100 per cent as the present cap of Rs one lakh was found to be impractical as foreign coaches were charging much more.

He also said the cash incentive of medal winning players would be distributed among the grassroots, intermediate and apex level coach.

So far, the amount was only given to the apex coach, ignoring the contribution of others who spotted and nurtured the talent at various levels.

There was a brief war of words between members of the opposition and treasury benches when Gaurav Gogoi (Cong) sought Rathore’s response to a reported comment made by a sports body on the English-speaking capability of Hima Das, who won a gold in women’s 400 meters of World U20 Championship.

On being pressed for a reply, Rathore said he has major responsibilities to shoulder and cannot comment on all issues.