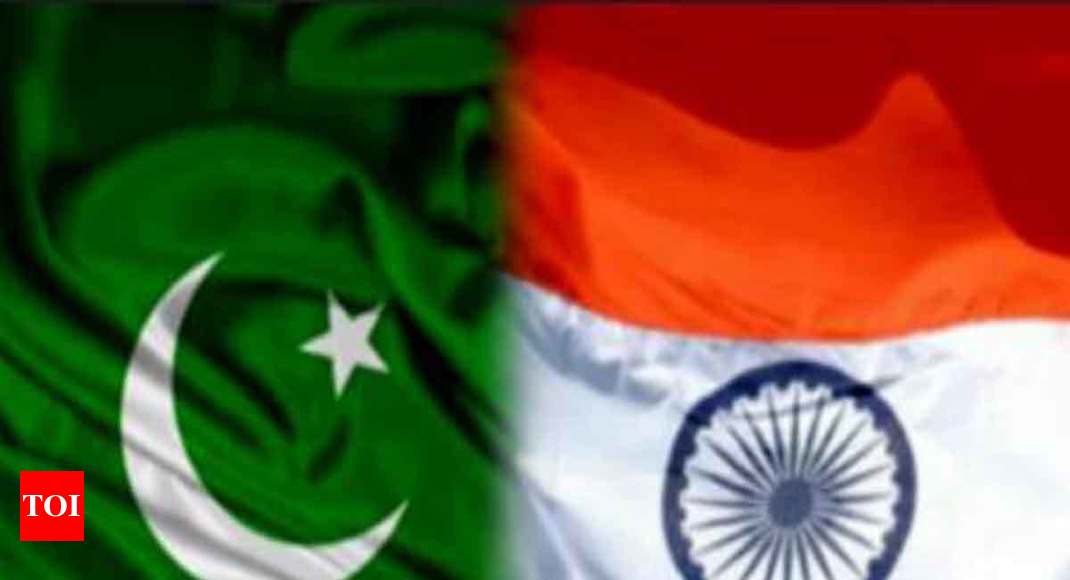 NEW DELHI: Over 160 Pakistan pilgrims are likely to arrive in India on Tuesday for the urs (death anniversary) of Amir Khusro in a sign of religious tourism being back on India’s agenda with Islamabad.

The government had in the recent past said no to similar visits by Pakistan zaireens (pilgrims) mainly because of the dispute over alleged Indian spy Kulbhushan Jadhav who continues to be in Pakistan’s custody.

Official sources here confirmed that visas have been issued to the pilgrims. The decision to promote religious tourism was an important takeaway from PM Narendra Modi’s meeting with his then counterpart Nawaz Sharif in a bilateral meeting in Russia’s Ufa in 2015.

India had in March this year denied visas to more than 500 Pakistani pilgrims, who wanted to visit the shrine of Khawaja Moinuddin Chishti in Ajmer, saying that such visits could not take place “in view of the prevailing circumstances”. Visits from pilgrims from either side take place under the 1974 Pakistan-India Protocol on Visit to Religious Shrines.

Despite recurring diplomatic hostility, as evident from incidents of harassment reported from both Delhi and Islamabad, the two countries have maintained enough contact, even if unobtrusively, to ensure there’s no breakdown of ties altogether.

India only last week hosted a Pakistan delegation in Mumbai for a multilateral event. The delegation was headed by Secretary of Pakistan’s Economic Affairs Division (EAD) Syed Abbas Jilani.

The most significant engagement though continues to be on humanitarian issues resulting in attempts by both sides to facilitate early release and repatriation of prisoners and fishermen in custody.

While foreign minister Sushma Swaraj had suggested to Pakistan High Commissioner Sohail Mahmood that India and Pakistan work for the release and repatriation of prisoners over 70 years of age and also women prisoners, Islamabad has proposed, sources here said, that prisoners below 18 and those in the age group of 60-70 also be released. India, which released six Pakistani prisoners last month, is considering the proposal.

Significantly, despite frequently reporting alleged cases of harassment of diplomats, both Indian and Pakistani missions have made sincere attempts to ensure progress on humanitarian issues. “The relationship is passing through a difficult phase and while there is no possibility soon of any formal resumption of dialogue, it’s important to ensure that we don’t lose contact,” said a source here.

Another diplomatic source recalled how the list of engagements in the past few months included reaffirmation of the 2003 Ceasefire Understanding on the LoC by the two DGMOs on May 29, and also the talks between Indian Coast Guard and Pakistan Maritime Security agency. The two sides also allowed the resumption of track II Neemrana Dialogue which saw an Indian delegation visiting Pakistan.

The two countries had in March, agreed to resume the visits of the Joint Judicial Committee which looks into the issues of fishermen and prisoners in each other’s custody. The last visit by the Committee to India was in October 2013.

India had said in a statement on July 1, while exchanging the lists of prisoners with Pakistan, that it had already shared the details of the reconstituted Joint Judicial Committee and that of the Indian medical experts team to visit Pakistan to meet the mentally unsound prisoners.

“Pakistan has also been requested to allow the visit of a group of fishermen representatives to facilitate the repatriation of Indian fishing boats, presently held in Pakistan’s custody, at the earliest,” it said.