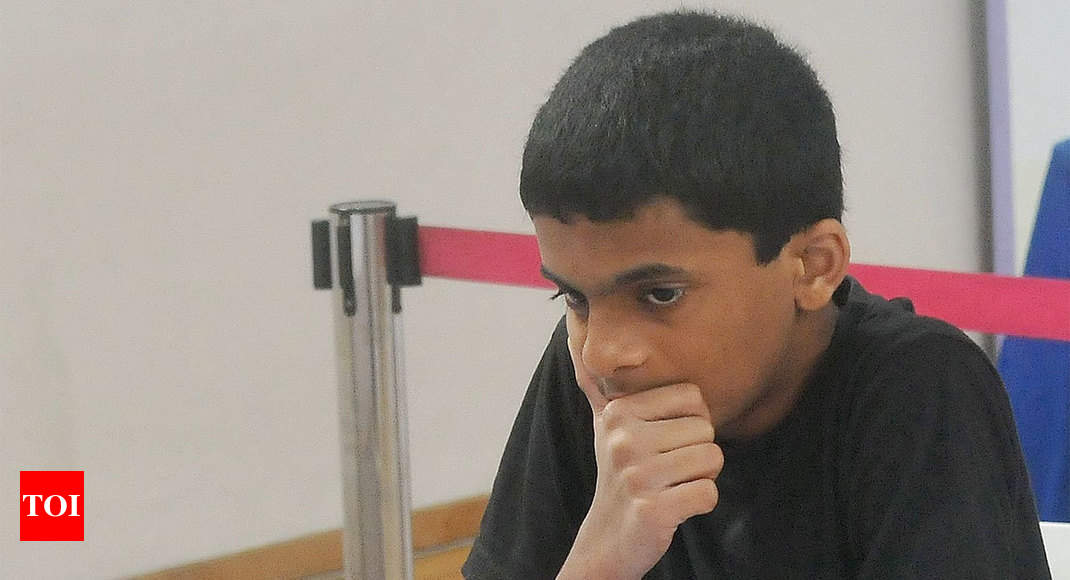 ABU DHABI: All of 14, India’s latest Grandmaster Nihal Sarin says he is more relieved than ecstatic about achieving the feat as the build-up to it was distracting.

“…sometimes due to these norm issues, it is scary to experiment. I am relieved that this part of my chess life is done and dusted,” Sarin said after becoming India’s 53rd GM attaining his third and final norm in the Abu Dhabi Masters.

Nihal became the 12th youngest grandmaster in chess history and only the third from Kerala to join the elite club. Earlier this year, he had become the World No.1 player in the Under-14 category.

Nihal scored his third and final GM norm at the Abu Dhabi Masters August 7 to 15. He scored 5.5 points in nine rounds with four wins, three draws, and two losses.

“It really was one of the best Independence days for chess. Congratulations to Erigaisi Arjun and Karthik Venkatramanan too who both made the Grandmaster title today. Three GMs in one day from same country, never heard that before,” Nihal said.

Asked about his favourite aspect of the game the boy said, “I do not have any particular favourites. Ideally I would love to just play well in every game. I know it is not always possible but to try and do it is the aim before every tournament.

Nihal had been missing the final norm by a whisker. Was there any pressure here?

“I knew I had missed a norm by a whisker in Turkish League, and even in the tournament before that but, I did not bother much. Once it began and when I lost to Amin Bassem in the third round, I had a feeling to stop playing for norms and play for myself instead. Towards the end, luckily, it was already clear that I had made it. So it did not trouble much.”

And the missed chances were not playing on his mind, he insisted.

“They were not troubling. It would usually last for an hour or two but not beyond that. Maybe it troubled the people around me, who work with me. I learned in 2016, when I was struggling to fix my openings, that it is a question of fixing your problems and improving your game, steadily,” he said.

While most of his successful peers are product of high level training, Nihal seems to be the child of change, benefitting from technology above all else.

He plays loads of blitz online and has played approximately 17500+ games of blitz and bullet chess in the last 6 years.

“I played a lot and then figured out the changes in pattern, discussing them with my trainers. Even now I follow the same routine while working with Dmitry Komarov and N Srinath, my current trainers.”

Nihal’s eyes lit up when asked about Praggnanandhaa, who recently became the second youngest Grandmaster ever.

“He is my best friend in the chess circuit. We play a lot of games, chess and other stuff when we are together.”

“I don’t look at him as a rival. Of course, when we sit across each other on the board, it does not matter. My job is to play good chess and that is what I try to do. I am 100 per cent sure he sees it the same way.”