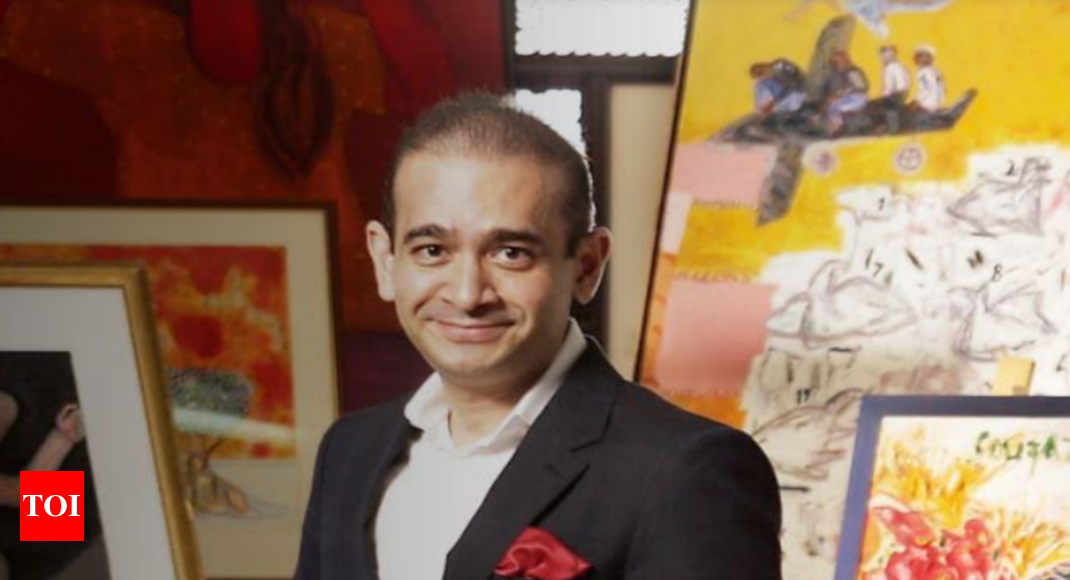 The Interpol RCN, for which a request was sent last month, will empower police agencies of 190 member countries to locate and arrest Modi, which means he won’t be able to travel as freely as he was for past three-four months.

Officials said that the international arrest warrant (RCN) has been issued after Interpol was satisfied with CBI and ED’s charges of criminal conspiracy, cheating, corruption and money laundering against Modi.

Nirav Modi is said to be hiding in Belgium currently after he was last seen moving from London to Brussels on June 12.

TOI spoke to top officials in the Interpol who said that other than Belgium, Nirav Modi and his brother Neeshal Modi, could travel to the United States, the UK, UAE, Hong Kong, mainland China and Belarus.

About Mehul Choksi, sources said a RCN against him will also be issued soon.

Nirav Modi along with his wife Ami — a US citizen, brother Neeshal — a Belgian national, and uncle Choksi — Gitanjali group’s promoter, had fled the country in January first week this year, before the PNB approached CBI with a complaint against his companies for allegedly cheating through fraudulent issuance of Letters of Undertakings (LoUs) and Foreign Letters of Credit (FLCs).

CBI and ED both recently filed chargesheets against both Nirav Modi and Choksi, and 22 others.

The CBI, in its chargesheets, alleged that Nirav, through his companies, siphoned off funds to the tune of Rs 6,498.20 crore using fraudulent LoUs issued from PNB’s Brady House branch in Mumbai. Choksi swindled Rs 7080.86 crore, making it possibly the biggest banking scam in the country.

An additional loan default of over Rs 5,000 crore to Choksi’s companies is also a matter of probe under the CBI.

Nirav Modi and Choksi, through their companies, availed credit from overseas branches of Indian banks using the fraudulent guarantees of the PNB given through LoUs and letters of credit which were not repaid bringing the liability on the state-run bank, CBI said.

The instructions for transferring the funds were allegedly issued by a bank employee, Gokulnath Shetty, using an international messaging system for banking called SWIFT platform and without making their subsequent entries in the PNB’s internal banking software, thus bypassing scrutiny in the bank.

Former MD of PNB Usha Ananthasubramanian has also named by CBI in its chargesheet in the scam.