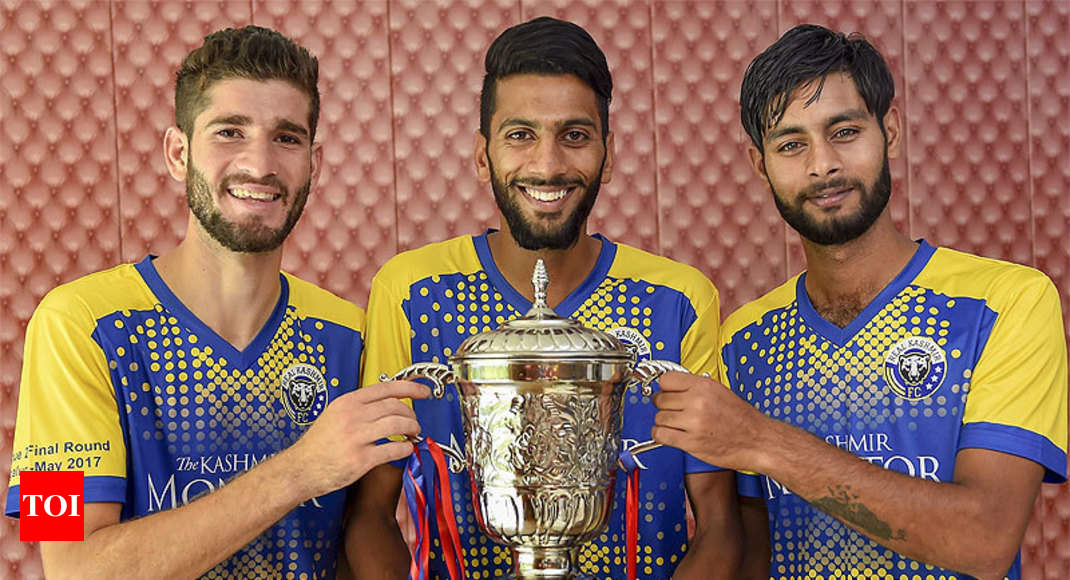 NEW DELHI: Scotsman David Robertson, who guided Real Kashmir FC to the top-flight of Indian football in an extraordinary season, says “isolation” is coming in the way of the valley’s talented players getting recognition.

The former Rangers FC star said the talented players in Kashmir are at par with the ones he has coached in clubs of Europe and USA.

“Having played and coached at the highest level in Europe and in the USA, I can confidently state that Kashmir has the talent equally as good if not better than the aforementioned continents. The sad and tough part for me is trying to get these senior and youth players noticed as they are isolated over here,” Roberston said.

The club from Jammu & Kashmir will be the first ever from the state to play in the I-League next year.

“In my opinion Kashmir needed a presence in the I-League and it has got one now. I now believe that children and youth will have the ambition to play professional football. It is a must.

“We took out the senior team out to Scotland to play four games against professional teams and we competed well. The team did so well that we have been invited back to play against them anytime we like in the future.

“There is such a great talent pool here in Kashmir that we need to focus on at a young age.”

There is a feeling that the club’s success would bring a positive change to the state. Robertson, who was part of the Rangers FC team which clinched the domestic treble of League Cup, Scottish Cup and the Scottish Premier Division in 1992, also feels alike.

And so do Sandeep Chattoo and Shamim Meraj – the club’s directors.

“Real Kashmir for us started with a personal passion for the development of the sport in Kashmir. However, as it stands now it has become as a big social movement which brings hope and joy for the people of Kashmir,” they said in a joint statement.

“It is heartening to see such progress in such a short span. In this duration we did exceedingly well in the local leagues and ended up by winning the second division I-league and gate crashing into the I-League.

“We have extensive plans to promote young players from the region to give them opportunities and a platform to turn professionals not just to compete against the big historic clubs of India but also to play with them and who knows play for the Indian national team one day,” they added.

The club plans to start a residential academy with licensed coaches and develop women’s football in the state.