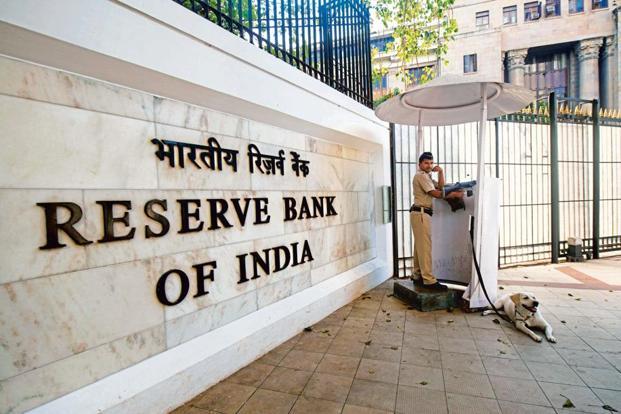 The RBI said the GST rate cut would exert a downward pressure on inflation. Photo: Mint

The Reserve Bank of India or RBI on Wednesday increased the repo rate, or the rate at which it lends to banks, by 25 basis points to 6.50%, the second consecutive rate hike by the central bank. Despite the rate hike, RBI maintained a neutral stance, which will give the central bank flexibility to move either way, depending on the inflation trajectory. The next monetary policy of the RBI will be announced on October 5. The six-member monetary policy committee voted 5:1 in favour of the rate hike while Ravindra H. Dholakia, seen as the most dovish member, voted against the decision.

Maintains GDP growth forecast: The RBI retained its GDP growth projection for 2018-19 at 7.4%, ranging 7.5-7.6% in the first half of the fiscal year and 7.3-7.4% in the second half. Risks to growth are “evenly balanced”, the central bank said. For the first quarter of the next fiscal (2019-20), the RBI is projecting a growth rate of 7.5%. “Various indicators suggest that economic activity has continued to be strong. The progress of the monsoon so far and a sharper than the usual increase in MSPs of kharif crops are expected to boost rural demand by raising farmers’ income. Robust corporate earnings, especially of fast moving consumer goods (FMCG) companies, also reflect buoyant rural demand,” the RBI said.

Inflation outlook: RBI pegged retail inflation at 4.8% for the second half of current fiscal, higher than the 4.7% rate it had projected earlier. Retail inflation has been projected to rise further to 5 per cent in the first quarter of the next fiscal year, 2019-20. The inflation outlook is likely to be shaped by several factors, including the recent hike in minimum support prices for kharif crops and global crude prices.

Neutral stance: Explaining the central bank’s neutral stance, despite two rate hikes in two months, RBI governor Urjit Patel said the inflation risks were “evenly balanced”. There was a fair bit of uncertainty around the consumer inflation number going forward and therefore it was important to keep options open, he said. On the interest rate hike, Patel said, inflation had remained above the target of 4% for several months and the RBI’s target was to maintain the 4% inflation target on a “durable basis”.

GST rate cut impact: The central said the lowering of the GST rate would exert a downward pressure on inflation, depending on the pass-through to consumers. The government has been reducing the GST rate on several goods since the new tax regime came into effect in July last year.

MSP hike impact: RBI deputy governor Viral Acharya said the RBI had built in some of the impact of the MSP hikes in its inflation projections, but there remained “considerable uncertainty” over how the MSP hike would play out on inflation. The MSP hike was also likely exert pressure on rural wages, he said.

“A part of the MSP increase has already been incorporated by the RBI in its June inflation projection, and the marginal increase in inflation projection this time is due to a higher than historical revision in MSP,” said Shashank Mendiratta, India economist at ANZ Bank.