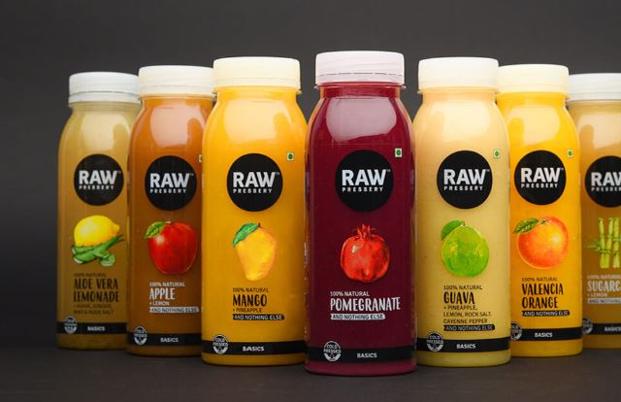 The core business for Raw Pressery includes juices and smoothies that form a majority of its revenues. Photo: www.rawpressery.com

Raw Pressery counts Sequoia Capital, DSG Consumer Partners and Saama Capital as its existing investors. The start-up had raised nearly Rs 150 crore ($22.4 million), prior to the latest funding round.

Founded in 2013 by Anuj Rakyan, the start-up plans to use the capital for scaling new categories like nut milk, ready-to-consume soups and probiotic dairy drinks, while expanding distribution domestically and internationally in the Middle East and South East Asia.

“We are seeing increasing interest in the Indian consumer segment and this investment is aligned with our belief that strong Indian consumer brands backed by venture capital are going to create massive outcomes in the medium to long term,” said Vinod Murali, co-founder & managing partner of Alteria Capital.

The core business for Raw Pressery includes juices and smoothies that form a majority of its revenues, the company said. Alongside those offerings, it sells its products through retail outlets like Reliance Retail, Nature’s Basket (Godrej), D-Mart and on online platforms such as Amazon and BigBasket, among others.

The start-up forayed into Dubai, Abu Dhabi and Doha last year, Mint had earlier reported. Raw Pressery has also planned to expand into fresh food category over the next two years, Rakyan had told Mint in October.

“Debt is all about relationships and the Alteria team led by Vinod have always been very supportive of our vision and growth plans. The additional equity infusion will also provide a huge boost to us and we are excited for this partnership,” said Rakyan, founder & chief executive officer of Raw Pressery.