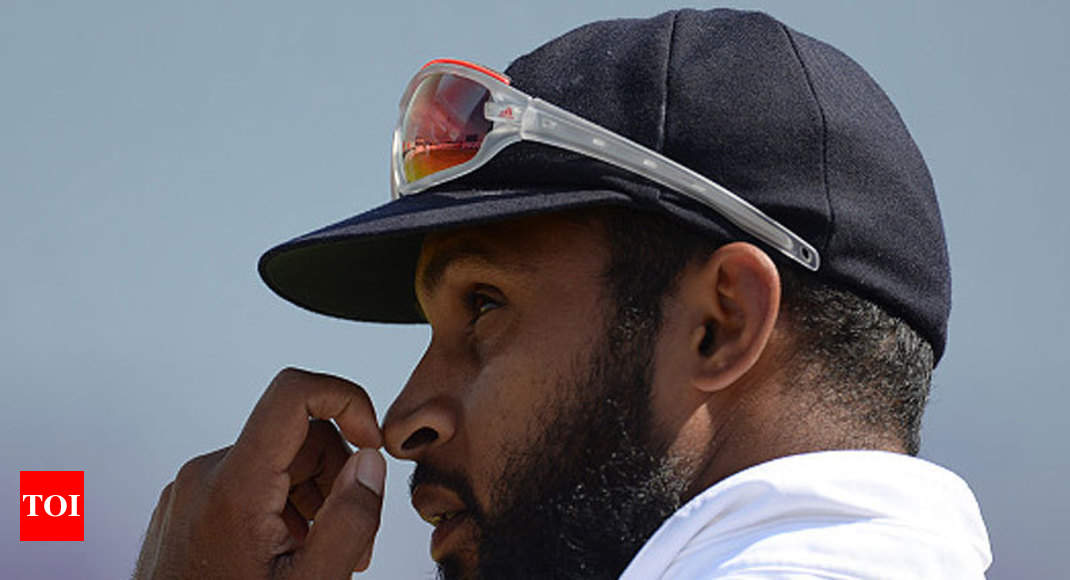 LONDON: Adil Rashid is English and the selectors believe he is one of the best bowlers in the country.

ALSO READ: Rashid hits back at Vaughan, says his comments are ‘stupid’

So why has the Yorkshire leg-spinner’s recall for next week’s first Test against India at Edgbaston provoked such a furious response, with former England captain Michael Vaughan calling the decision “a stab in the back for county cricket”?

In February, the 30-year-old Rashid said he would not be playing in the four-day County Championship, which uses a standard red cricket ball.

Instead he would concentrate on limited-overs cricket, which features a white ball as red does not show up against the coloured clothing players wear in one-day games rather than the traditional ‘whites’, ahead of next year’s one-day World Cup in England.

Performances in the County Championship have long been regarded as the basis for being selected by England for Tests as it is the domestic format that most closely resembles one where matches can last five days.

Of course, players with established Test records may not have to prove themselves domestically but Rashid played the last of his 10 Tests, all of which have been abroad, in December 2016, with 38 wickets at 42.78 a modest return.

He has though taken 490 wickets in 166 first-class fixtures.

Buttler, however, had not ruled himself out of playing County Championship cricket for Lancashire this season

And he was named man-of-the-match in the decisive third ODI against India on July 17, a match played on his Headingley home ground, where he clean-bowled India captain and star batsman Virat Kohli with a classic leg-break as England sealed a 2-1 series win.

Smith, well aware of the furore that would be provoked by Rashid’s selection, justified Thursday’s announcement on the grounds the Yorkshireman was in form and there were few other available bowlers who naturally spin the ball away from right-handed batsmen.

Yorkshire, however, were annoyed that Rashid, who had missed their Championship match against Lancashire because of his new contract, would now be unavailable for upcoming limited-overs matches because of his Test recall.

Rashid did take one for 19, however, as Yorkshire beat Warwickshire by 31 runs in a Twenty20 Blast match at Headingley on Friday.

“He’s one of the best white-ball bowlers in the country, hence why he’s been selected for the Test side,” said Yorkshire captain Steve Patterson at the toss.

But Vaughan, a former Yorkshire teammate of Rashid’s, had earlier described his Test selection as “ridiculous”.

“It basically says our county game, the finishing school for our cricketers, does not matter anymore and that it is irrelevant,” he said in a column for the Daily Telegraph newspaper.

While batsmen will look to be aggressive against Rashid in a Test match, they will not be under as much pressure to attack him immediately.

In a one-day international, bowlers are restricted to a maximum of 10 overs, but Rashid could find himself having to bowl three times as many in a Test innings.

England wicketkeeper Jonny Bairstow has had a close-up view of Rashid’s bowling since they were teenagers rising through the Yorkshire ranks.

“He obviously bowled really nicely in the one-dayers,” Bairstow told reporters at an event staged by Test series sponsors Specsavers at The Oval.

“I think he has matured a lot,” he added. “You can see that in the way that he is starting, the way he is bowling in the powerplays in one-day cricket.

“And I don’t think (the fact) he hasn’t played red-ball cricket (this season) is too big a thing.

“If he is landing his leg-spinner, he just has to do it a few more times other than the 10 overs he has been bowling.

“At the same time people will not necessarily come at him as hard in red-ball cricket as they will in white so the shape he gets on the ball, the line he might bowl, the length he might bowl might differ as well.”