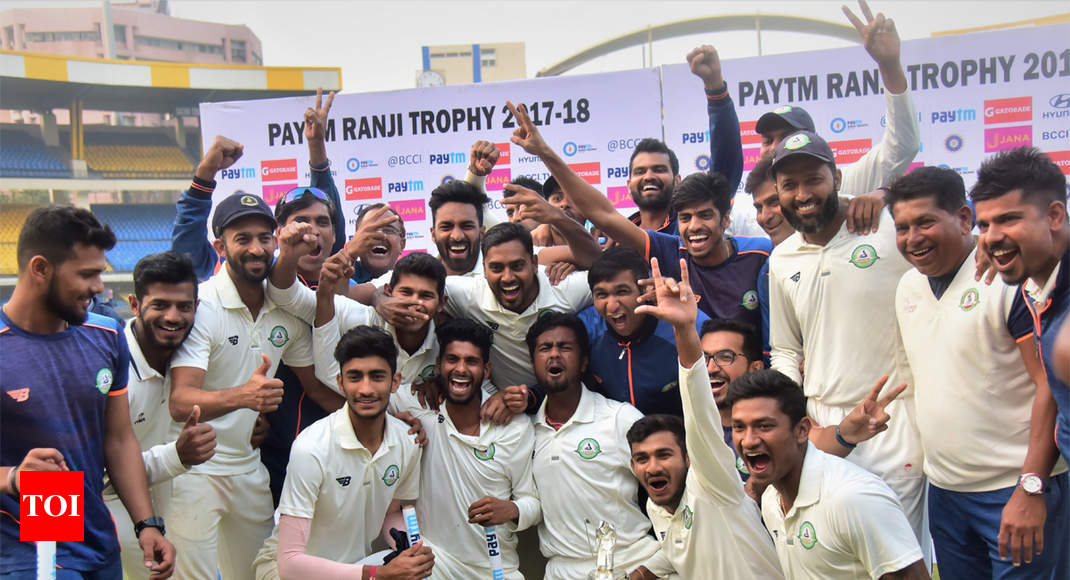 MUMBAI: Paucity of field umpires and match-referees to officiate in India’s sizeable domestic circuit – playing host to more than 2,000 matches this cricket season – isn’t the only headache that the BCCI is busy tackling right now. To make matters worse, a good clutch of cricketers and coaches are equally busy trying to work their way around the newly floated schedule of the Ranji Trophy released two days ago.

The revised Ranji Trophy, starting this season, will consist of Elite Group and the Plate Group. The Elite Group will have three sub-groups – A, B & C.

The Plate Group will have one sub-group – D. Elite Groups A & B will consist of nine teams each while Elite Group C will be made up of 10 teams. Plate Group D will consist of the nine new teams from the northeast – Arunachal Pradesh, Bihar, Manipur, Meghalaya, Mizoram, Nagaland, Puducherry, Sikkim & Uttarakhand.

Apart from assessing how good teams from the northeast are to participate in the country’s premier domestic tournament, the scheduling looks fine. But the quarterfinal schedule could leave people confused.

And this is what is making players cry foul. “Assume I do badly in Elite Group C. What happens? I get demoted to Plate Group D next season? Then I play teams from the northeast and qualify straight for the quarterfinals again next year? Then why would I want to struggle in the Elite? I might as well lose, go to Plate and take the easy route, no?” say players.

The rules clearly haven’t been thought through. For a cricket board that has spent crores on legal fees, fighting court cases that appear never-ending, scheduling of its most important domestic tournament certainly hasn’t been smooth.

The knockout confusion aside, there’s more that players regret about the tournament, especially where the newly introduced nine teams from the northeast are concerned.

The new pay structure released by the BCCI’s Committee of Administrators (CoA) call for players making the XI to be paid Rs 35,000 per match day and Rs 17,500 to cricketers outside the playing XI but in the 15 in First Class cricket.

“That’s a blanket fee for all cricketers participating in the Ranji Trophy. So, basically, it doesn’t matter whether you’re a player from Mumbai or Delhi or Karnataka with 50 matches under your belt or an unknown cricketer from the northeast who – we’re not even sure yet – qualifies for the Ranji, you’ll be earning the same fee. Then where’s the motivation? Why play for Mumbai or Delhi and struggle to get into the XI instead of just shifting to Nagaland or Meghalaya?” say players.