Limit Diet Sodas and Drinks, Stick To Water Instead The holy month of Ramzan 2018 has started and followers of Islam around the world, have stated observing day-long fasts. The pious month holds a special significance in the lives of Muslims as it was in the month of Ramadan, the ninth month of the Islamic calender, that the Quran was first revealed to Prophet Muhammad on the glorious night of Lailat ul Qadr. According to believers, prayers rendered in this month are truly blessed by Allah and also reach the doors of heaven directly, while the doors of hell remain closed, behind which the devil stays chained.

Also called the month of The Quraan, Muslims try to recite The Quraan as many times as possible through the month. They also observe the holy fasts (Sawm) through the daylight and break their fasts after sunset (Iftaar). Ramadan is a month to instill self-discipline, self-control, sacrifice, and empathy. And the act of fasting is symbolic of that spirit. It is said to redirect the devotee’s heart away from worldly activities and associations, and bring him closer to God. Muslims also refrain from consuming alcohol and involving in sinful speech and behavior. 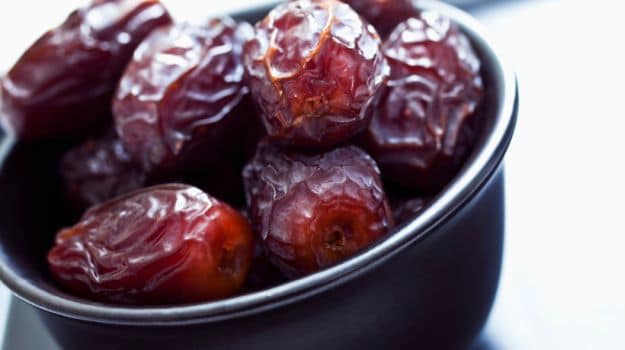 Each day Muslim families rise early in the morning and have a pre-fast meal known as Sehri. At sunset, families gather to break the fast with a meal known as Iftaar. But before heading for Iftaar they break their fast with dates, after which they adjourn for Maghrib prayer- the fourth of the five daily prayers.

It is said that Prophet Muhammad broke fast with three dates and water. And from thereon dates has been associated with Ramadan as Turkey with Thanksgiving.

While an Iftar meal is packed with sumptuous and signature Ramadan delicacies, ranging from kebabs, biryanis, sharbats and desserts, it is impossible to imagine a Muslim household in without the presence of dates. 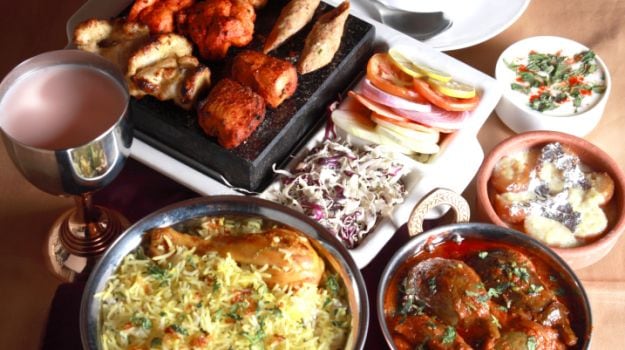 Ramzan 2018: Iftar meals are lavish affair in every Muslim household​

There are several instances in the Hadith (collection of sayings by Prophet Muhammad), where the fruit has been given immense importance. The Prophet likened a good Muslim to the date palm, saying, “Among trees, there is a tree like a Muslim. Its leaves do not fall.” It is also mentioned in the scriptures, that when “One has to break his saum (fasting), let him break it on dates. If he does not have any, let him break it on water for it is pure.”

Apart from a cultural significance, breaking fasts with dates has also been backed scientifically by experts around the world.

Dates are said to provide a quick boost of energy for the meal to come. From the day long fasting, your body may get depraved of energy and be dehydrated. Low blood sugar, headaches and lethargy can be common manifestation of the fasting. In such a scenario, dates are the perfect way to break the fast as it activates the body to take in the inflow of food, by helping to secrete digestive juices. Also, being rich in natural sugars, dates provide an instantaneous energy boost. Dates are full of carbohydrates and fiber. Fiber gives the body a fuller feeling and prevents it from feeling hungry. The high fiber also keeps the bowel movements regulated, despite the drastic change in meal patterns.

Containing 54% sugar and 7% proteins, it is recommended for those with poor heart health. It is said to reduce the risk of a stroke and also aids in the process of digestion. That’s not all; dates are known to have a high magnesium content that regulates the levels of calcium, vitamin D and electrolytes in the body. 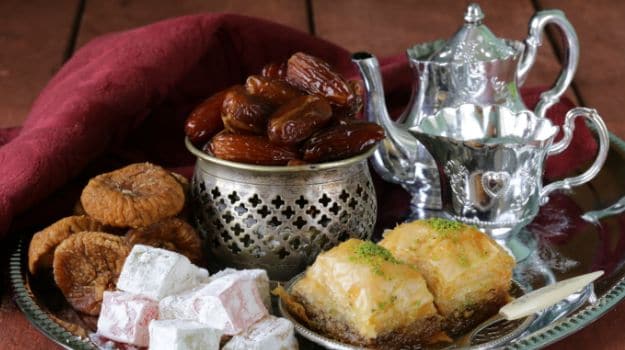 Ramzan 2018: Iftaar meals invariably include a bowl of dates (khajur)

Iftar invariably includes a bowl of dates, and sometimes more elaborate desserts, extensively using dates as a common ingredient – be it the kheer, phirni, or sheermal. Now that you have so many reasons to consume dates to break the fast, make sure you gobble down as many as you can.