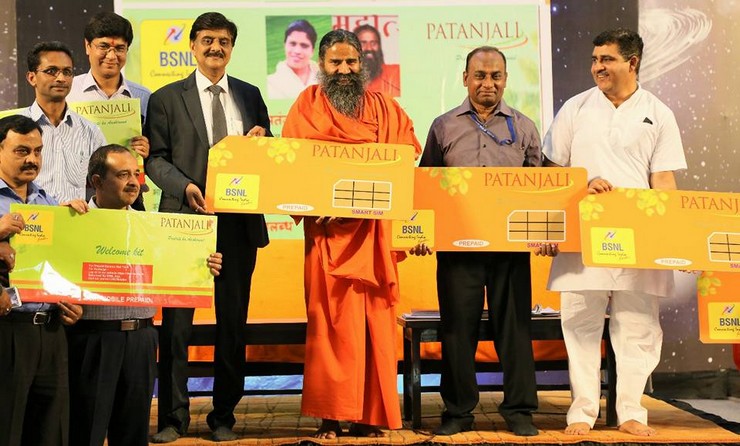 On Sunday, Baba Ramdev’s Patanjali announced that it has tied up with Bharat Sanchar Nigam Ltd (BSNL) and entered the telecom sector with the launch of Swadeshi Samriddhi SIM cards.

According to reports, only Patanjali employees and office bearers will initially get the benefits of the SIM card.

The Swadeshi Samriddhi SIM cards can be recharged for Rs 144 and users will be able to make unlimited calls across the country, avail 2GB data pack along with 100 SMSes.

After the complete rollout of the SIM cards, customers will get a 10 percent discount on Patanjali products.

Initially, only the employees and office bearers of Patanjali will be able to avail the benefits of the SIM card.

After its full-fledged launch, people will get discount of 10 per cent on Patanjali products with t ..

The plans were detailed by BSNL on its Twitter handle, which added the plans can be activated at its counters alongside the requisite identification. The Rs. 144 plan, it offers unlimited voice calls across India (except Mumbai and Delhi circles). It provides 2GB of data and 100 SMS messages for a validity period of 30 days.

Meanwhile, the Rs. 792 and Rs. 1,584 BSNL plans also offer similar benefits but with a validity period of 180 days and 365 days respectively.

Coming to other 2GB data per day offers, Airtel recently launched a recharge pack worth Rs. 449 that offers 140GB of 3G/ 4G data for a period of 70 days. Reliance Jio, on the other hand, offers 2GB of high-speed 4G per day data for a period of 84 days under its Rs. 448 plan.