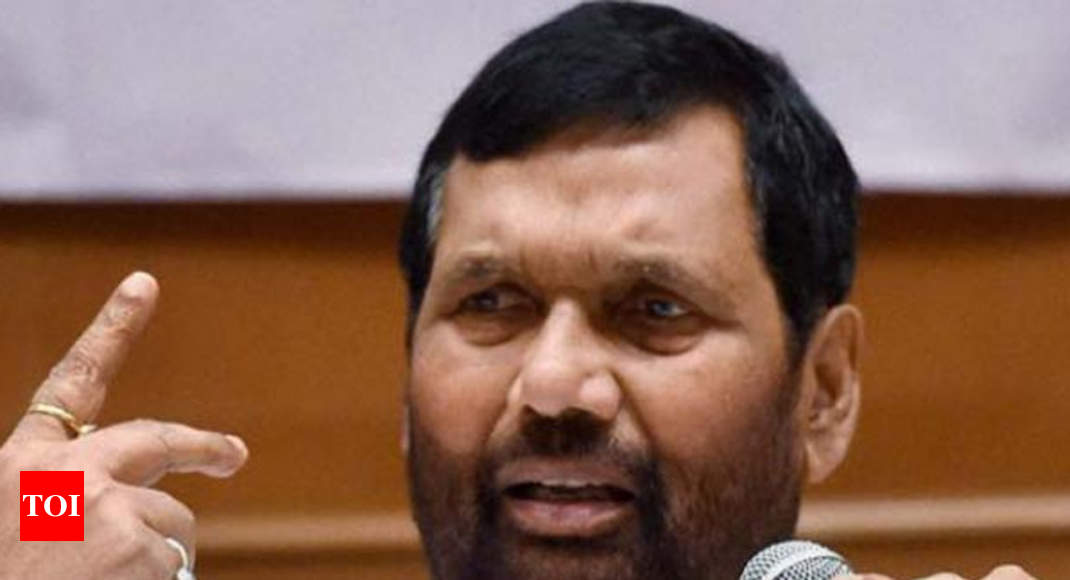 NEW DELHI: Dalit leaders of the NDA led by LJP chief Ram Vilas Paswan on Friday congratulated Prime Minister Narendra Modi for the passage of a bill in Parliament to amend the atrocities act.

Paswan, accompanied by other Union ministers Thawarchand Gehlot, Arjun Ram Meghwal, Vijay Sampla and others, met Modi and congratulated and felicitated him for the passage of this bill, the Lok Janshakti Party (LJP) said in a statement.

The bill, which had got the nod of the Lok Sabha on August 6, rules out any provision for anticipatory bail for a person accused of atrocities against SC/STs, notwithstanding any court order.

It provides that no preliminary inquiry will be required for registering a criminal case and an arrest under this law would not be subject to any approval.