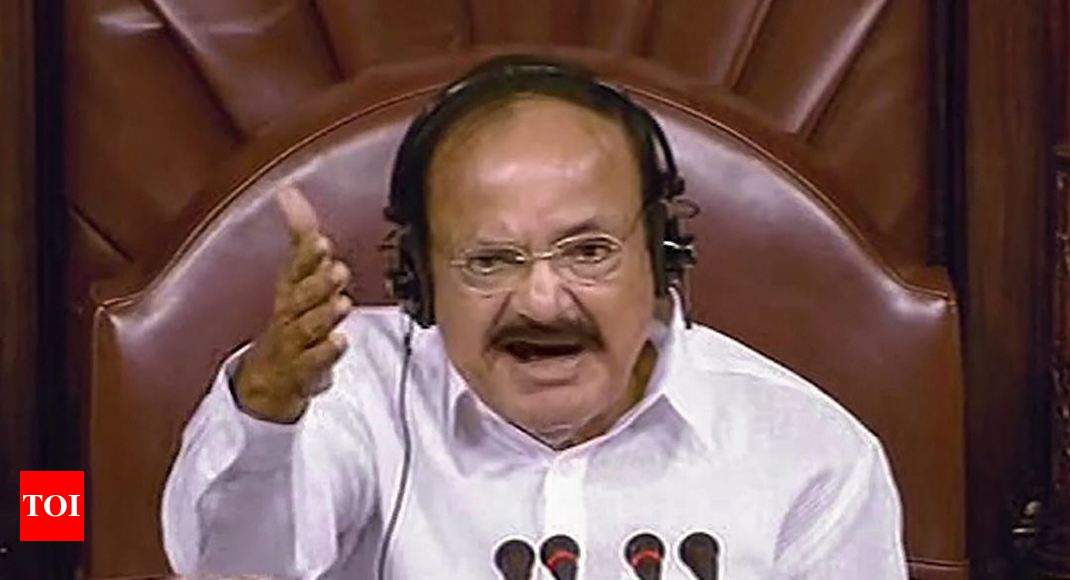 NEW DELHI: Rajya Sabha Chairman M Venkaiah Naidu on Friday expunged certain remarks made by Prime Minister Narendra Modi in the House that were found to be “objectionable”.

The remarks made by the prime minister while referring to the opposition’s candidate B K Hariprasad for the post of Rajya Sabha deputy chairman were expunged after some members made a demand in this regard, according to the Rajya Sabha Secretariat.

Chairman Naidu had yesterday said in the House that he will look into the remarks and see if there was something objectionable.

The remarks were made by the prime minister while felicitating newly-elected Rajya Sabha Deputy Chairman Harivansh in the House yesterday.

Remarks made by the prime minister are rarely expunged.

Hariprasad said it was unfortunate that the prime minister had lowered the dignity of the House.

The chairman also expunged a word uttered by Union Minister Ramdas Athawale during the felicitations.