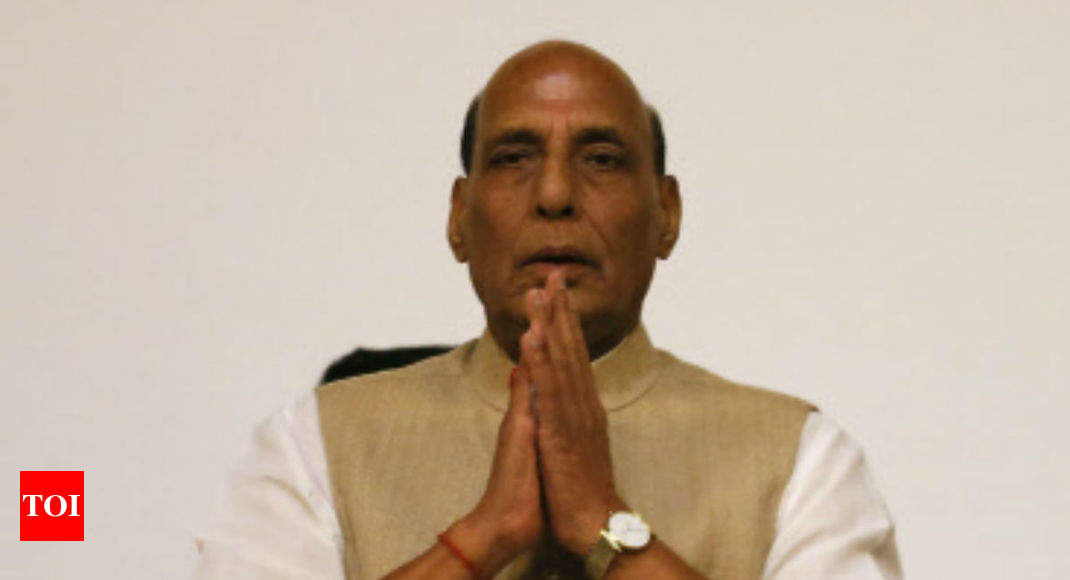 NEW DELHI: Union home minister Rajnath Singh will start his two-day visit to Jammu & Kashmir on Wednesday, during which he will hold a high-level security review in Srinagar and also tour the Amarnath shrine.

Sources in the home ministry said Singh, who will be accompanied by national security adviser Ajit Doval, will arrive in Srinagar on Wednesday afternoon. His engagements are largely lined up for Thursday and include a visit to the holy cave at Amarnath. The annual Amarnath pilgrimage which commenced on June 28 will continue till August 26.

Of course, a key agenda for Singh’s visit is conducting a detailed security review to take stock of the situation in wake of BJP’s decision to end its alliance with the PDP in Jammu and Kashmir and imposition of governor’s rule in the state. NSA Doval will be part of the review meeting, apart from governor N N Vohra and top brass of the Army, J&K government and police, Central para-military forces and intelligence agencies.

The meeting is expected to review the impending threats from terrorist outfits active in J&K, particularly to the Amarnath Yatra, and measures taken to neutralise them. Safe and uneventful conduct of the Amarnath pilgrimage is among the top priorities of the security establishment and the Centre and J&K government are leaving no stone unturned to ensure this.

The strategy to step up the offensive against terrorists in view of resumed cordon-and-search-operations in built up areas will be deliberated and fine-tuned at the Srinagar review meeting. This shall include discussing measures to minimise attempts by locals to disrupt anti-terror operations by indulging in stone-pelting/protests during encounters. The security brass will also review steps for a heightened vigil at the LoC/IB to curb infiltration of foreign terrorists of the Lashkar-e-Taiba and Jaish-e- Mohammed, including those looking to target the Amarnath Yatra.

Radicalisation of Kashmiri youth remains a concern, what with four terrorists killed recently in an encounter in Anantnag claiming to be affiliated to Islamic State Jammu & Kashmir (ISJK). The four, which included the chief of ISJK, were part of a small group of ultra-hardliners subscribing to pro-Islamist, pro-jihad views of the global terrorist outfit.