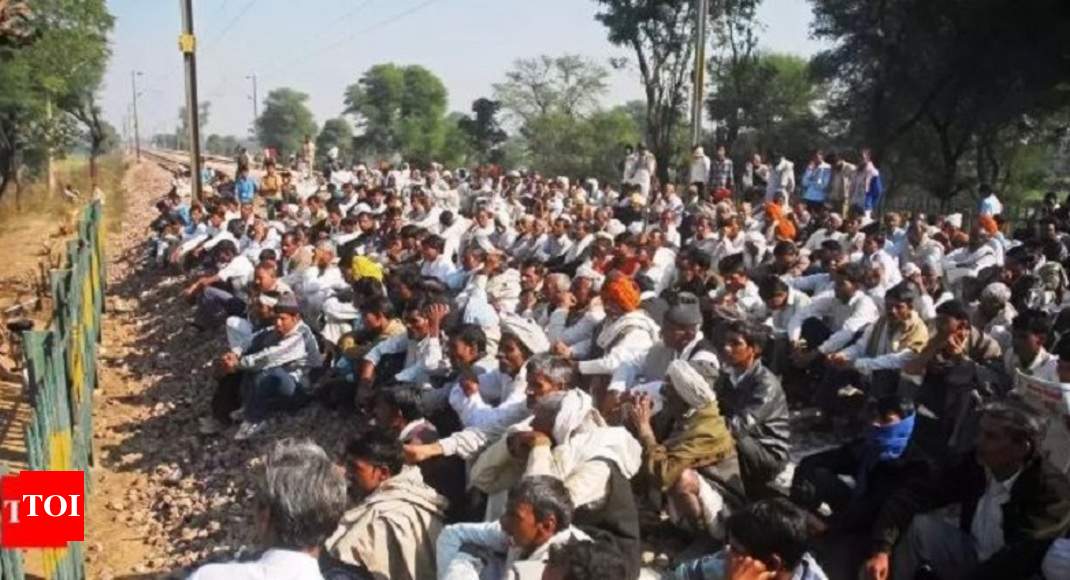 JAIPUR: The Rajasthan government on Sunday assured Gujjar leaders that a circular mandating 1% reservation to five communities under the most backward classes (MBC) category would be issued by 5pm on Monday. The government’s assurance came after Gujjar leaders threatened to stage a protest during PM Narendra Modi’s visit to Jaipur on July 7. The five communities to benefit from the development include Gujjars.

Members of Gujjar Arakshan Sangarsh Samiti met cabinet ministers Arun Chaturvedi and Rajendra Rathore over their reservation demand. Gujjar leader Himmat Singh said the government was given an ultimatum and a deadline of Monday evening to issue the circular, failing which they would protest against the PM’s visit.

Another Gujjar leader Shailendra Singh said, “The government has agreed to issue the circular by 5pm on Monday. The ministers have assured us of 1% reservation at the earliest.”

The main demand of the Gujjars is 5% reservation within the OBC quota to not violate the 50% limit prescribed by the Supreme Court. While that could not be provided, the government had in December 2017 approved 1% reservation for Gujjars and four other backward castes.

Speaking to TOI, Singh said the government had not been able to implement the 16-point agreement signed on May 19. This included providing 1% reservation under MBC category in recruitments held from December 9, 2016 to December 21, 2017 through shadow posts. It also included formation of a sub-committee to put up its case on reservation for Gujjars before the Rohini Commission set up to examine sub-categorisation of the OBC category.