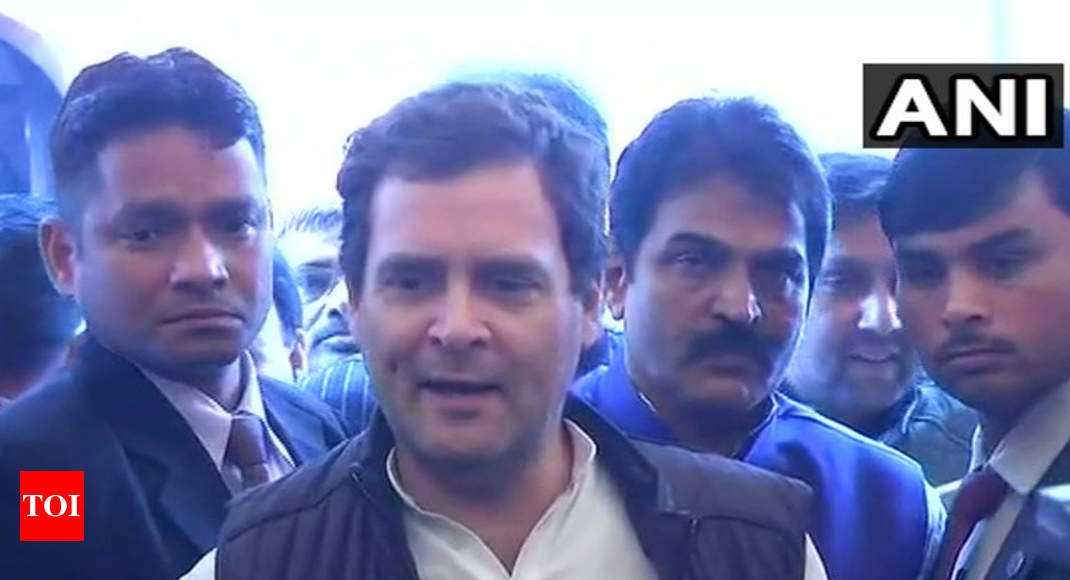 The tour is part of Congress’ outreach program being organised by newly formed Indian Overseas Congress (IOC) headed by Sam Pitroda. Announcing Rahul Gandhi’s travel plans, Pitroda tweeted that the tour was organised following “high demand” and because “people are interested in listening to Rahul Gandhi.”

Because of the high demand from NRIs and political, business, academia, Intellectuals and media in EU and UK, Presi… https://t.co/yoVJTqc0Bv

It is believed that people abroad are very interested in listening to Mr. @RahulGandhi on the economy, employment,… https://t.co/vJI0Vg3Kjo

Explaining the purpose of the visit, Pitroda explained that this trip is about discussing India’s role in the world.

@RahulGandhi visit is seen as an opportunity to discuss India’s role in the world, and concern for democratic value… https://t.co/UOkhen329c

Rahul Gandhi’s trip will comprise of a “series of talks at large public events” where he will be interacting with politicians, academicians and businessmen. Two major meetings will be organised in Germany and London which will be attended largely by the Indian diaspora abroad. Rahul Gandhi also intends to hold separate sessions with young global leaders and students.

Gandhi started similar tours about a year ago to interact with global communities and NRIs after the formation of Indian Overseas Congress that was setup by Congress to increase its footprint abroad. Gandhi has so far visited US, Middle East, Singapore, and Malaysia as part of Congress’ outreach program.

Highlighting the current events of the region, Pitroda said that Gandhi will be travelling to Germany and UK at a time when the region is abuzz with events in Turkey and Lira.

This tour of Mr. @RahulGandhi to Germany and UK comes at a time when events in Turkey and free fall of Lira is gett… https://t.co/wgtVXbXsea