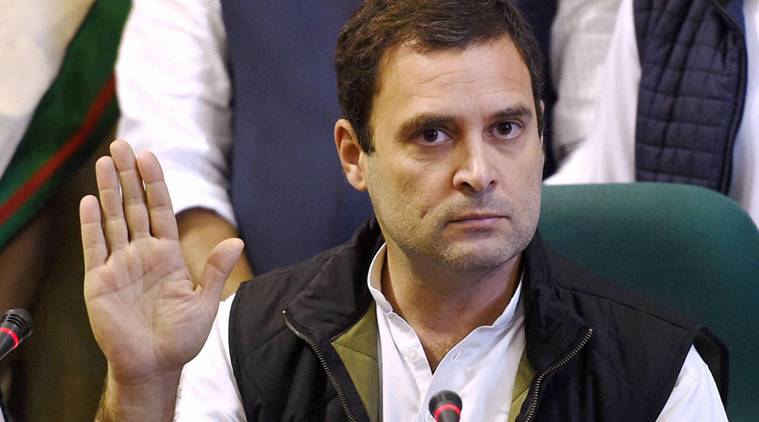 Attributing the growth of the economy to Jaitley’s “genuis” and Modi’s “Gross Divisive Politics”, Gandhi mocked the Modi-led National Democratic Alliance (NDA) government over a reduced GDP, this quarter. The growth in GDP during 2017-18 is estimated at 6.5 percent, as compared to the growth rate of 7.1 percent in 2016-17, the Ministry of Statistics and Programme Implementation had noted on Friday.

The sectors which registered a growth rate of over 7.0 percent include public administration, defence and other services, trade, hotels, transport, communication and services related to broadcasting, electricity, gas, water supply and other utility services and financial, real estate and professional services.

According to information furnished by the Department of Agriculture and Cooperation (DAC), the production of food grains during the Kharif season of agriculture year 2017-18 was 134.67 million tonnes as compared to 138.52 million tonnes during the same period in 2016-17. Further, Department of Economic Affairs Secretary Subhash Chandra Garg on Friday had said that the estimated GDP growth of 6.5 percent for 2017-18 confirmed a ‘strong turnaround of the economy’.

“GDP growth of 6.5 percent for 2017-18 implies growth of 7 percent for the second half. This confirms strong turnaround of the economy. Investment growth of almost twice that of last year’s indicates investment is reviving,” Garg had posted on Twitter.

Moreover, chief statistician TCA Anant on Friday had predicted that there would be an improvement in numbers on a quarterly basis, even though the year-on-year estimates suggested a dip in GDP growth.

“The reason for the lower GDP estimates is mainly the poor performance of agriculture and manufacturing sectors. The first two quarters showed numbers of 5.7 and 6.3 percent respectively. Looking at this, we are expecting the GDP growth in the next two quarters at 7 percent each,” he said on Friday.

The Congress President’s remarks come at a time when the Budget Session of the Parliament has been announced.

Parliamentary Affairs Minister Ananth Kumar on Friday said that the first Budget Session is scheduled from January 29 to February 9, while the second session will be held from March 5 to April 6.

Meanwhile, the budget will be presented on February 1.

This will be the last full-fledged budget for NDA government.