The tigress, believed to have been responsible for the deaths of 13 people in Maharashtra in the past two years,

He was shot dead in Yavatmal district.

Avni’s killing has caused outrage and raised a debate over tiger conservation efforts.

The tigress, believed to have been responsible for the deaths of 13 people in Maharashtra in the past two years, was shot dead in Yavatmal district.

The greatness of a nation can be judged by the way its animals are treated,

The killing has caused outrage and raised a debate over India’s tiger conservation efforts.

Responding to his tweet, Union Minister Harsh Vardhan said on the sidelines of an event,

“The central government does not need a certificate from Rahul Gandhi.

The kind of seriousness, depth and honesty that the central government works with, I think no other prior government has done it like this.”

His colleague Union Minister Maneka Gandhi, however, had criticised her party BJP’s government in Maharashtra.

She called it a “ghastly murder” and a “straight case of crime” and pledged to take up the case “legally, criminally as well as politically”.

“If she thinks any tiger or tigress should not be killed even if it is a man-eater,

then the decision should be taken by the Centre.” He also said the tiger was killed as a last resort.

The tigress, T1, as she was known officially, was killed on Friday night. 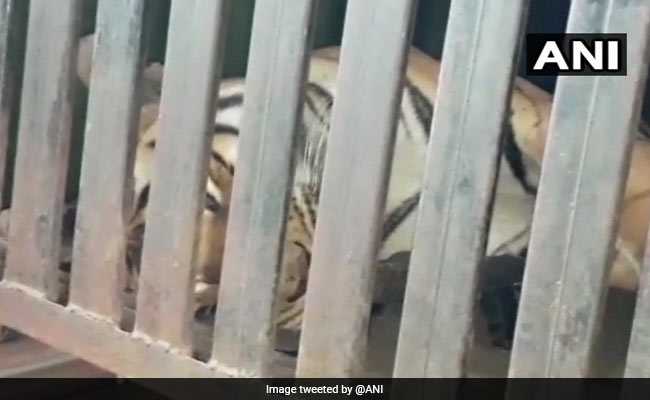 In September this year, the Supreme Court had said Avni could be shot at sight,

which prompted online petitions asking for the tigress to be spared.

She had been hunted for more than three months by forest officials who used trained sniffer dogs,

trap cameras, drones and a hang-glider, expert trackers and sharp-shooters.

On Friday, the tigress was drawn to a trap set up in an area with the urine of another tigress and American perfume.

The police claimed that forest officials tried to catch her alive but couldn’t because of the dense forest and darkness.

Hit by a bullet, the tigress fell on the spot.