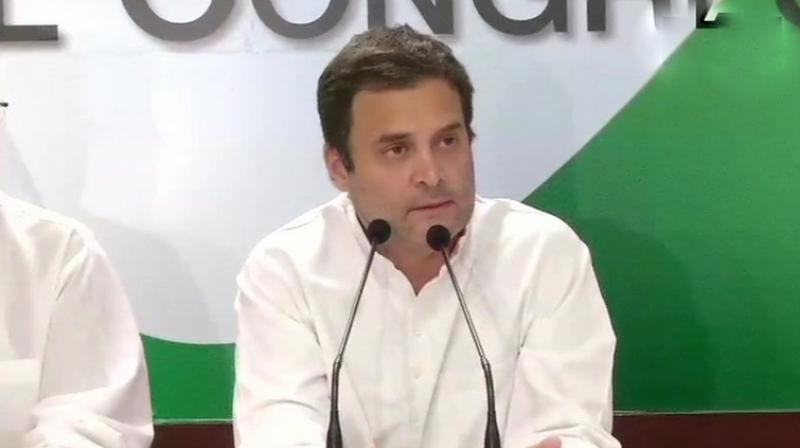 Mr Reddy held a meeting with party leaders and the bus yatra coordination committee at Gandhi Bhavan, where Mr Khuntia made the visit.

He said Mr Gandhi would participate some roadside meetings and address a public meeting in Hyderabad and Ranga Reddy districts.

Former minister D. Sridhar Babu said a public meeting should be held in Hyderabad at the end of the bus yatra, and said it would be good if Mr Gandhi attended the meeting. Mr Khuntia asked the TPCC chief to complete the bus yatra at the earliest by visiting more constituencies every day.

Former Congress MP Anjan Kumar Yadav said he would conduct a padayatra in the city to know the people’s problems and fight to solve them.

He would hold a rally in the city and a meeting at Gandhi Bhavan soon. Speaking to mediapersons on Friday, Mr Yadav, recently appointed city Congress president, said he would work hard to bring back the party’s glory.

He said the people had lost confidence in Chief Minister K. Chandrasekhar Rao and Prime Minister Narendra Modi. Mr Rao was confusing the people by announcing caste-wise incentives, he said.