Rahul Gandhi today led a massive opposition protest in Delhi against the government’s move to send CBI chief Alok Verma on leave and walked into a police station asking to be arrested. The Congress president and his colleagues spent around 30 minutes with the cops as hundreds of Congress workers demonstrated outside.

The Congress has slammed the government for what it says is the “illegal, unconstitutional and illegitimate removal of the CBI director”. The government has sent Mr Verma and his deputy Rakesh Asthana on forced leave after both accused each other of taking bribe from the same businessman. 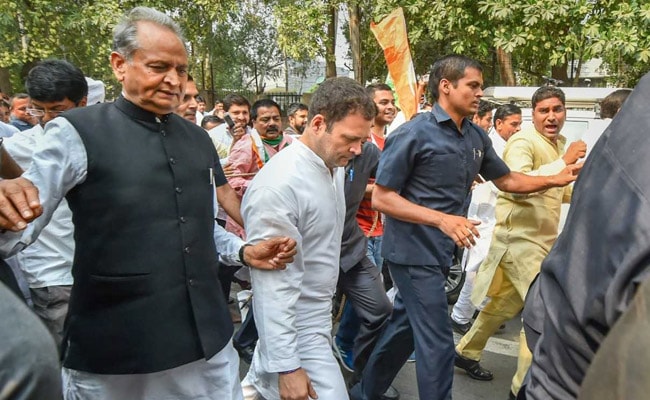 Rahul Gandhi walked ahead of hundreds of people who shouted slogans and carried placards and posters criticising the government. A man holding a white sheet of paper with “CBI” written on it was seen inside a cage – a depiction of the Supreme Court once calling the investigating agency a caged parrot.

Mr Gandhi then got on to a truck in front of police barricades near the CBI headquarters in the CGO complex to prevent the protestors from reaching the building. 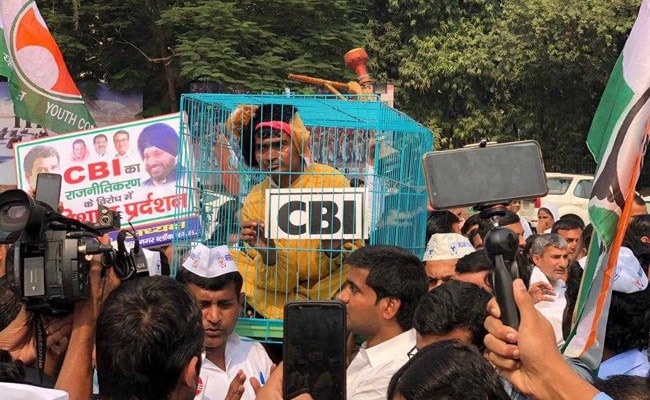 Protest outside CBI headquarters: A protestor sits inside a cage with a placard that reads “CBI”

Congress general secretary Ashok Ghelot said the party wants Mr Verma to be “reinstated” as the decision to remove him was “illegal”.

The protest marches are being organised outside the CBI offices across the country. In some places, police used water canon to rein in the protestors.

Mr Gandhi has said the midnight removal of CBI chief Alok Verma was a “disgraceful and unconstitutional attempt” by Prime Minister Narendra Modi to block an investigation into the Rafale fighter jet deal. 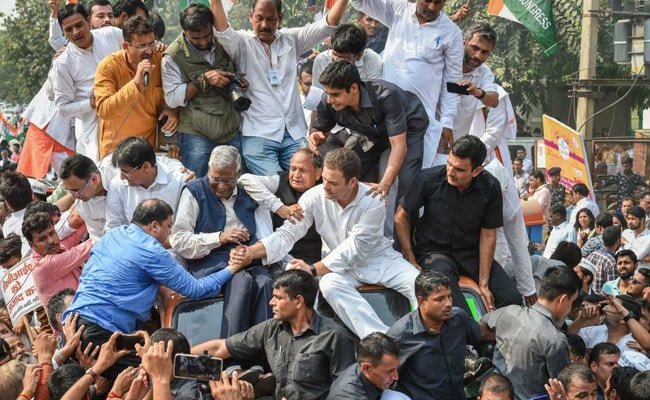 The protest marches are being organised outside the CBI offices across the country. In some places, police used water canon to rein in the protesters.

“Why was M Nageswar Rao appointed as CBI director in a hurry? All parties should protest against this along with Congress party,” AAP leader Sanjay Singh said. West Bengal Chief Minister Mamata Banerjee said the CBI has become “BBI”, short for “BJP bureau of investigation”.

Setting the agenda for the march, Mr Gandhi on Thursday said Mr Verma being sent on administrative leave was to pre-empt an investigation into the Prime Minister’s alleged role in the Rafale deal.