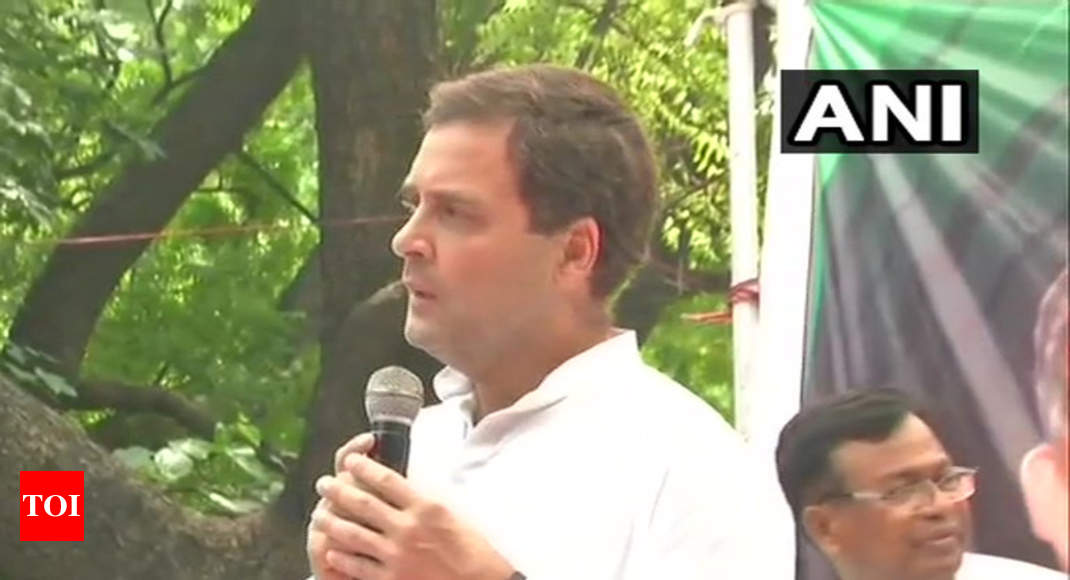 NEW DELHI: Congress chief Rahul Gandhi on Thursday accused Prime Minister Narendra Modi of having an “anti-Dalit” mindset and asserted that his party will fight for an India where there is place for everybody.
Gandhi joined a protest over the dilution of the SC/ST (Prevention of Atrocities) Act, 1989, at Jantar Mantar.
“The atrocities act was brought by the Congress and the party will protect it together with everybody,” Gandhi said.

Dalits are being openly beaten and crushed in states where the BJP is in power, Gandhi said while addressing the gathering.

“We don’t want an India like this. We want an India in which there should be place for everybody, whether Dalits, poor, tribals or minorities… everybody should progress. We will fight for such an India,” he said.

Attacking the prime minister, Gandhi said, “His thinking is anti-Dalit. All Dalits and people from the weaker sections know that the prime minister has no place for Dalits in his heart and mind and wants to crush Dalits. That is why we are standing against him.”